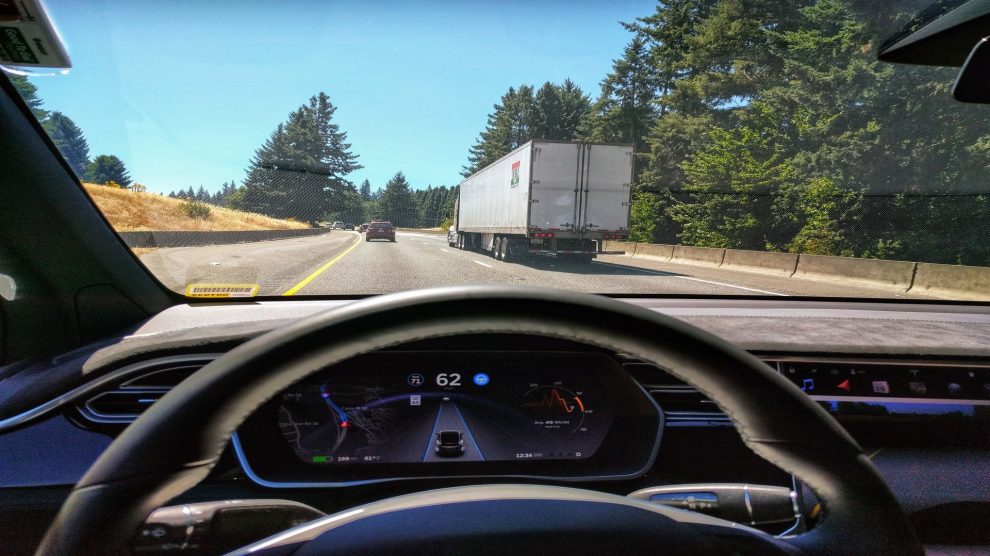 A recent study into Tesla's new Autopilot system has found that the widespread use of the technology could drastically reduce the number of car crashes, potentially preventing 90% of road-based accidents.

As outlined by the research conducted by the Centre for Automotive Research (CAR) institute, the nationwide implementation and use of Tesla’s Autopilot system in Germany would, according to the data analysis, decrease the yearly frequency of car crashes from 281,849 to just 29,413 – In 2020, there are almost 48 million registered motor-vehicles in Germany.

Although the technology itself is still in early development and doesn’t currently apply to all types of road-vehicles, the non-profit research organisation attests that the findings highlight upon “the long-term safety potential” of the self-driving feature.

Tesla, the California-based electric vehicle manufacturing company, has noted that once fully realised the system, currently costing USD $10,000, will enable Tesla’s vehicles to make point-to-point journeys without requiring any reaction or involvement from the driver.

In addition, the company has announced plans to make its ‘Full Self-Driving’ ( or FSD) feature available outside of the US, starting with Canada in the next few years. However, the worldwide rollout of FSD is not expected to take place for several years as countries feature differing rules, regulations, and languages; all of which present difficulties for the technology in its current state.

In its disclaimer for the use of its Full Self-driving feature on Twitter, Tesla stipulates that the Beta version of the technology should only be used if drivers have “constant attention” on the road and are “prepared to act immediately” if a hazardous situation arises. Recognising that the feature itself is only in early development, the electric-automotive company, recently valued with a market capitalisation of USD $450 million, caution that FSD “may do the wrong thing at the worst time” though, will become increasingly reliable as larger amounts of data become available.

Critically, all of Tesla’s self-driving vehicles are connected directly to the internet which allows the software to be regularly improved via free ‘over-the-air’ updates, an integral part of the functionality of the company’s date-driven approach. This means that, similarly to most other internet-connected technologies, the on-board computers can be tweaked remotely to make the system more capable over time.

In order to successfully develop its FSD feature, Tesla collects and analyses vast amounts of navigational data using a fleet of vehicles equipped with high-tech sensor equipment. The series of 12 ‘ultrasonic sensors’  are installed on all Tesla vehicles that have been manufactured since October 2016. Through the analysis of this data, Tesla’s self-driving systems are able to predict and respond to potential obstacles within “a matter of milliseconds”, which (as of April 2020) has enabled the Autopilot mode to drive over 3 billion miles with minor driver assistance.

However, as a report by global think tank Rand Corp points out, Tesla’s Full Self-Driving feature still needs to record over 275 million faultless autonomous miles to achieve a level of safety equal to that of an experienced human driver. Therefore, to become 10% – 20% safer than human drivers, autonomous vehicles will be required to record several billions of incident-less miles.

Oliver Cameron, co-founder and CEO of the American autonomous transportation company Voyage, made a series of Tweets on Tesla’s cost-saving system and attested that “by generating a map on the fly, instead of pre-loading one recorded earlier, FSD can theoretically drive anywhere”. Speaking on the difficulties present in the developing technology, Cameron commented that, “without encoding positions in a pre-recorded HD map”, the barrier to widespread use of self-driving vehicles “is inherently a data-driven problem”.

As Tesla (and other notable modern car manufacturers) continue to develop the viability of autonomous vehicles, Autopilot technologies such as these are set to drastically reduce the number of road-based accidents worldwide.