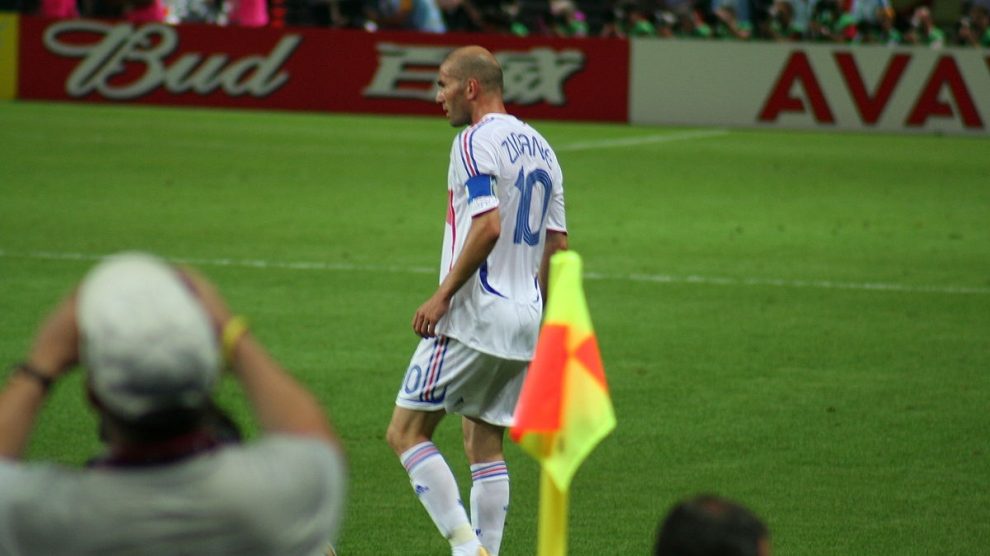 The art of the headbutt is the perfect oxymoron. On the one hand it is brutal, ugly and frankly outright dangerous. On the other hand, when executed correctly, it is a thing of beauty. It is the epitome of front on confrontation, passion and vigour and as proven, it can write an individual into sporting folklore for eternity.

However unlawful or cheap it may be considered and however many cameras are placed around a sporting arena or however harshly the citing commissioner may view it, it goes without saying, there will always be a place for the headbutt within the sporting world.

The controversial non-dismissal of Fred for headbutting Leandro Paredes in Manchester United’s 3-1 loss to PSG was the last of a series of headbutts which have caught the eye over the past month. Less than a fortnight before, Arsenal forward Nicolas Pepe was sent off in almost identical circumstances.

Meanwhile, the ‘baby rhino’ Ellis Genge lived up to his name as he appeared to violently kiss the head of Tomas Francis in the second half of England vs Wales. Though Genge was quick to deny it on Twitter, “thanks for all the Twitter TMO reviews but I didn’t headbutt anyone”, it was pretty evident what had happened. This all capped off a crazy year for sport!

These incidents are just a few among many headbutts across the history of sport. Luis Figo planted one in the 2006 FIFA World Cup ‘Battle of Nuremberg’. Mark Renshaw was disqualified from the Tour de France in 2010 for using his head against a competitor to gain a lead in the Stage 11 sprint finish. Duncan Ferguson spent time in a jail cell for his front on assault on Raith Rovers defender John McStay. Whilst global superstars Dennis Rodman, Evander Holyfield and Mike Tyson have all been guilty of committing the same offence.

Most famously, one of the most gifted footballers of all time, Zinedine Zidane chose to bow out of professional football head first, quite literally. After giving France the lead with an outrageous ‘panenka’ spot kick in the first half of the 2006 World Cup final. In extra time, Zidane reacted to the torments of Marco Materazzi by assaulting him head first in the sternum.

The images were shocking, yet the Zidane headbutt is written into folklore. There is a sculpture of the incident at the Centre Pompidou in Paris, an extraordinary 5-page lyrical essay can be purchased on Amazon Kindle and the incident even appears in an episode of Family Guy.

But the significance of the headbutt goes much deeper than comedy. It represents disillusionment and humanity. Ultimately what really is the significance of victory to Zidane, who has already won everything, in the face of defending the name of his own sister? A god-like figure within football, Zidane brutally ends his own career on his own terms, placing himself simultaneously above and below the law, providing a juxtaposition of both presence and reactionary behaviour.

His actions struck a chord with France’s Arab community who, following the 2005 race riots, identified with reaction to extreme provocation.

After all the act of the headbutt itself holds great symbolism. To fight confrontation head on without paying due diligence to one’s own welfare is an honourable sacrifice for a cause. Equally such actions without a cause can be extremely dangerous, careless and stupid.

Arsenal manager Mikel Arteta’s reaction to the Pepe headbutt was outrage. “It is unacceptable. Unacceptable. At this level you cannot do it.” Equally the same denouncements can be applied to Fred and Genge. In a world of video technology assaulting your opponent is frankly just stupid and unprofessional.

However, the revival of the headbutt is nothing to be ashamed of. Melancholic memories of that infamous night in Berlin have their place within sporting culture, alongside glorious moments of triumph lie moments of heartache and shame. The headbutt evokes sporting stories of the past and encourages reflection and discussion and for what other reason does sport truly exist?