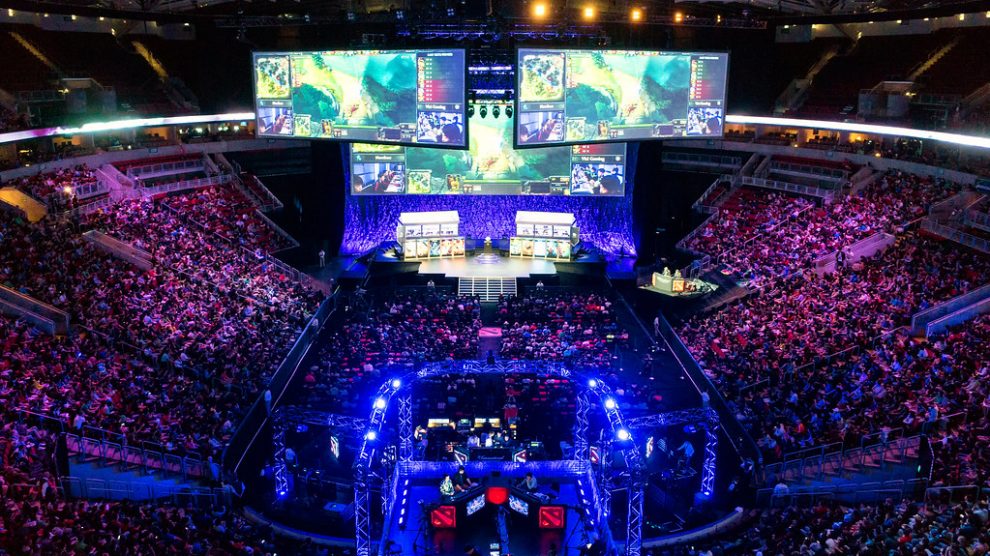 By Anurag Hegde | Head of Sport

It would be safe to say that sexism and misogyny remains to be a key issue in most sports around the world. The eSports community, specifically, has previously faced criticism for not promoting “an inclusive gaming environment.”

Most recently, however, the community behind Valve’s popular Multiplayer Online Battle Arena (MOBA) game, DOTA 2 has faced online backlash. The community has been accused of sexism and discrimination following the treatment of of presenter and desk-host, Frankie “Frankie” Ward at The International 10 (TI-10).

It all began back in July when Valve announced the broadcast talent for the blockbuster event. There was significant criticism from the community at Valve for the inclusion and exclusion of certain names, including that of Frankie.

Frankie is an experienced broadcast professional, having been a producer for over 10 years before moving into full time presenting and has worked in the eSports scene for over 5 years now.

While TI-10 might have been her first Dota 2 event, Frankie has been a mainstay in Counter-Strike: Global Offensive tournaments since 2018 and her transition to Valve’s other major gaming title, Dota2, seemed only natural.

The community, however, thought otherwise.

A number of critical posts and comments were made on platforms such as Reddit and Twitter, calling for Valve to re-think their decision to name Frankie as a broadcast talent for TI-10.

One such instance was when the community expressed criticism after they felt that Frankie had ‘disrespected’ Team Spirit’s coach Airat “Silent” Gaziev – This criticism has been disputed by others, who assert that it is “uncalled for”

These recent events were not the last time Frankie was targeted by online critics either.

While Frankie’s performance at TI-10 drew a lot of criticism, colleagues and several other prominent personalities came out in support and stood behind the 31-year old British host.

Michelle “Moxxi” Song was very vocal about the issue in particular and posted a long ‘Twitlonger’ post calling the community out for going after Frankie. In the post, Moxxi wrote;

“I’ve admired Frankie for years now. The way she handles herself professionally and also tackles issues head on is an act of bravery and dignity … So it was ENRAGING beyond belief to see the push back when she was announced. The gatekeeping coming out of the community was beyond insane. This was a chance to bring in new people with a very professional and talented host joining us! Someone who is highly respected across multiple fields and beloved by many gamers– it could only be a good thing! Instead, the community slammed the choice and proceeded to harass one of the kindest, most hard working ladies I have ever met. This is a lady who flew to a COVID infested country, in her 3rd trimester, mind you, because she had made a deal with Valve and was too honorable to cancel it.”

Frankie herself, while acknowledging that there was some room for improvement in her hosting, stood behind her working and posted a blog-post on her personal blog site detailing her experience at the event. Frankie wrote;

“In terms of things to improve on with my hosting, I can think of a ton of things … But the great thing was, if I did get something wrong, I was with experts who could correct me and then we’d simply move on. No harm done. It would not be productive for me to dwell on one mistake that didn’t significantly derail production or my colleagues. Instead it’s important to learn and quickly move on with the show.”