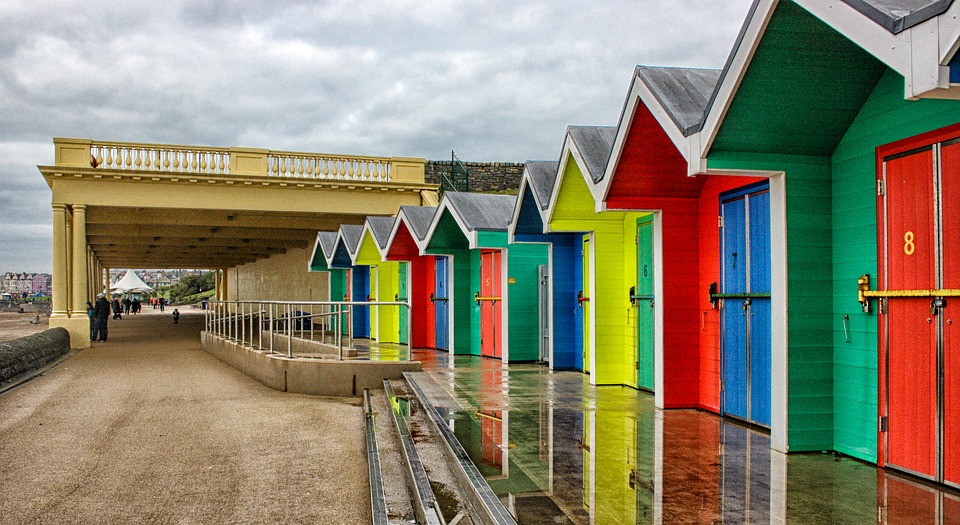 Having to stay home is a must at the moment, and for many, it can be incredibly boring. Here's a list of Welsh box sets to keep you occupied when moving from your bed to the living the room is the farthest you can go!

What do you watch when there’s nothing to watch but you miss Cardiff? Welsh boxsets, of course!

When you’re stuck at home it can be hard to think of things to do or things to watch. If you’re lucky enough to not have too much work (or if you’re just incredible at procrastinating), you’re bound to be looking for something to watch. If you’re looking for something new, you’ve come to the right place. There’s the added bonus with some of these shows to learn a little Welsh, too.

Obviously, this list would be impossible to make without arguably one of Wales’ best television shows of all time. The show, which is set in one of Wales’ poorest areas, has since gone worldwide and made a star of James Corden.

For those who aren’t familiar – although I’m sure the majority of people are – Gavin & Stacey is about Stacey, a young woman from Barry in South Wales, who speaks to Gavin, from Essex over the phone before the two finally meet in London. Over the course of the three series run (including two Christmas specials), Gavin & Stacey navigate life and love whilst being from rival(ish) countries. They do so amongst their brilliantly comedic family and best friends, Smithy and Nessa.

This show is perfect. The humour is timeless, to the point where it’s possible to re-watch the show countless times and never feel bored. The sitcom has grown in popularity since the first time it was shown on television, moving from BBC Three in its first series to making it to top billing on BBC One by its final series. It’s a show which has reached the heart of millions and the show is known to be so popular because of how simple it is. Some of the best moments amongst fans happen when characters are having incredibly mundane conversations.

Gavin & Stacey isn’t a show many would need a lot of convincing to watch, but it’s always one worth mentioning. The quintessential Wales v England rivalry shown on-screen whilst having perfect comedic timing and relatable characters, Gavin & Stacey should definitely be on your binge list.

Luckily, all three series are back on BBC iPlayer!

Keeping Faith was the phenomenon that opened the door for Welsh television in recent years. Despite the fact shows made in Scotland and Ireland get distributed to the rest of the BBC One channels across the UK, television programmes made in Wales with Welsh-centric plots often don’t get the same treatment.

Programmes in collaboration between the BBC and S4C aren’t new. Between Hinterland/Y Gwyll, Hidden/Craith and Bang, television programmes have been made bilingually for a while. But Keeping Faith in particular was the programme which peaked the interest of most people across the UK.

After the show was initially broadcast on S4C before its English counterpart was shown on BBC One Wales and later put on iPlayer, the show reached new heights. People from all over the UK were discovering Keeping Faith on iPlayer, and soon it hit such popularity on the streaming platform that it was later shown once again on BBC One, this time in all of the countries across the UK. The second series was shown firstly on S4C, but then shown on all of the BBC One channels when the English counterpart was ready to air.

If you’re looking for a good crime drama with plenty of secrets, and the beautiful landscape of West Wales, Keeping Faith is the show for you. Currently, BBC iPlayer is only showing the second series of the hit show, so if you’re familiar with the first series, the second comes highly recommended for fans.

Hinterland is another crime drama, as apparently, it’s what Wales does best. The show is set in Aberystwyth and follows a police detective department as they attempt to solve multiple cases.

The show was another filmed and created in both Welsh and English, with the English version having occasional discussions in Welsh to reflect certain parts of Wales where Welsh is still more widely spoken.

If you’re a fan of the crime thrillers where the detectives are also trying to outrun their own secrets, Hinterland is the show for you. Unfortunately, the show is no longer available on BBC iPlayer, but BritBox is sure to be your saviour on this one.

Written and created by Ruth Jones, part of the stellar double act behind Gavin & Stacey, Stella is a sitcom set in a fictional town in the South Wales Valleys and follows the lives of Stella Morris and her children, and often delves into the lives of the other members of the community.

The humour is reminiscent of Gavin & Stacey, and in the same way Ruth Jones’ first show was able to incorporate emotional moments, Stella can sometimes be a tear-jerker. For someone looking for another Welsh sitcom they know will be worth the watch, Stella is the perfect show.

It has the perfect Valleys humour but has those quirky characters everyone would be familiar with within their community, regardless of where you’re from. The show is both heartfelt and funny despite it often being forgotten about amongst its counterparts like Gavin & Stacey.

All 6 series of Stella are available through Sky or a NOWTV pass.

Bang is another bilingual crime drama which incredibly depicts what it is really like to be bilingual in South Wales. There are English subtitles for scenes within in Welsh, but the show is able to incredibly show how bilingualism really does work within South Wales. There’s a lot of Wenglish (the slang term used in Welsh to describe the Welsh language where English words incorporated into sentences) within the show, which is incredibly similar to how Welsh speakers speak within entirely bilingual communities in Wales. The show is well written, is intense and has a brilliant cast.

As a continuation of the BBC’s association with S4C, Bang is available on BBC iPlayer. This show comes highly recommended and has the added bonus of learning a little bit of Welsh without it being intimidating, too.

There you have it! These are just a few Welsh shows available for a good binge-watch over the coming weeks or over Easter.

We here at Gair Rhydd hope you stay safe and hope this list can help to relieve any boredom you may have.