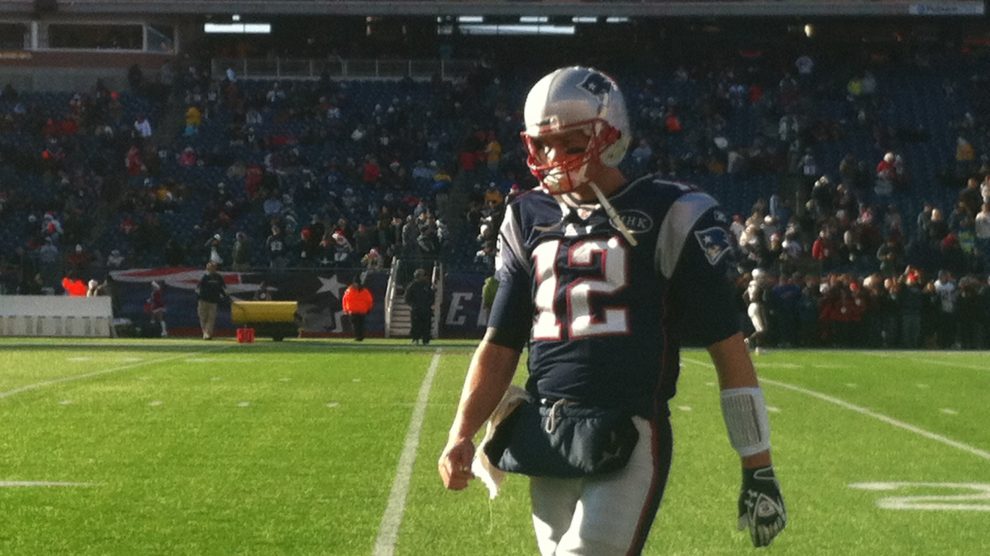 Tom Brady and the Tampa Bay Buccaneers’ victory over the Kansas City Chiefs in Super Bowl LV may have tied up once and for all a debate that dominates almost every sport: The greatest of all time.

The game finished 31-9 following a great performance from the Tampa Bay defence in particular, holding the most prolific offense of the last 2 years to just 9 points, with all their points coming from field goals.

Tom Brady, a player with one of the slowest ever recorded quarterback 40-yard dashes, a second-string choice in his early college years, and most importantly a player who was selected by the New England Patriots at pick 199 in the 2000 NFL draft, has become almost undeniably the best football player to ever live. With seven championships to his name, Brady has just taken over any other team Super Bowl win counts in the NFL, making him more successful than any team as well as any individual.

Nowadays NFL scouts are very heavily focussed on quarterbacks’ athletic qualities such as speed, throwing arms and agility while moving in the pocket. With this we see a league filled with cannon throwing arms like Aaron Rodgers, Josh Allen and Patrick Mahomes as well as lightning fast athletes like Lamar Jackson and Deshaun Watson. With new upcoming quarterbacks in college also following this suit in Trevor Lawrence and Justin Fields  who are likely to be the first two drafted this year, the Brady mould is slowly disappearing. The 43-year-old’s throwing arm is not overtly strong, and he certainly is not the fastest or most agile quarterback ever, even in his early years he was one of the slowest in the league.

So, what makes Tom Brady so special?

For me there are three clear qualities that stand out more than any quarterback ever. Work ethic is one of the most prevalent and important qualities for any player of his stature and leader to have. Brady has played in the NFL for 20 years; he still works at his game as if he were a rookie. A lot of older quarterbacks begin to take their feet off the gas, that’s what separates Brady from any other senior player before him. At age 43, he works as hard as he possibly can to defy odds and the pretence that people his age cannot play at that level. Across sport, other athletes who stay at these heights at older ages, Lebron James and Cristiano Ronaldo spring to mind, have the same adage of win as a team, set the example to work as hard as possible, this drive is key to having a long and successful career.

His experience is incomparable and an invaluable aspect to his game which feeds into all of his other attributes, his ability to teach and lead his teammates.

This becomes most obvious in the postseason when inexperienced, yet talented players are able to elevate their games in accordance to Brady’s. The Buccaneers played unbelievably well in this postseason, winning three games on the road with lots of personnel who have not been on that stage before now. Much of this can be accounted for by the way they were led and set up, fighting for games harder than any other team, for each other as a team rather than individually, an issue common with young talent.

Finally, Brady bares the unparalleled ability to recognise and read defences. This enables him to have the crucial extra seconds in the pocket with the knowledge in advance of which option to go to before throwing the ball. But pivotally, he has been able to adapt these skills on and off the field quickly, to his new team this year, to new players coming and going when he was in New England and to the way the game of football has changed over the last three decades.

People can no longer look and weigh all of his success at a well-run franchise in New England with one of the best coaches ever in Bill Belichick. He has hopped over to a new team in Tampa with a completely new core, coaching staff and playing system almost seamlessly. With many, including myself, predicting he would not be able to before the season start. Only someone willing to learn and adapt at an age where most people are set in their ways would be able to do what he has done this year.

For me, the greatest of all time debate is over when it comes to football. Brady has surpassed other greats such as Joe Montana, Peyton Manning, Brett Favre, Johnny Unitas and Dan Marino to name a few. Many would argue were all more physically talented than Brady, but 10 Super Bowl appearances, seven championship rings, five Super Bowl MVPs, make him untouchable in terms of his career success.

As for his career statistics, whether it be his overall value rating, taking into account his yards per game, touchdowns, interceptions and adjusted net yards per attempt-in the postseason and/or regular season, no one comes above Tom Brady.

It is going to take something generationally outstanding to outdo his achievements and prolonged display of ability. We are lucky to be able to witness this historic talent and long may it continue.