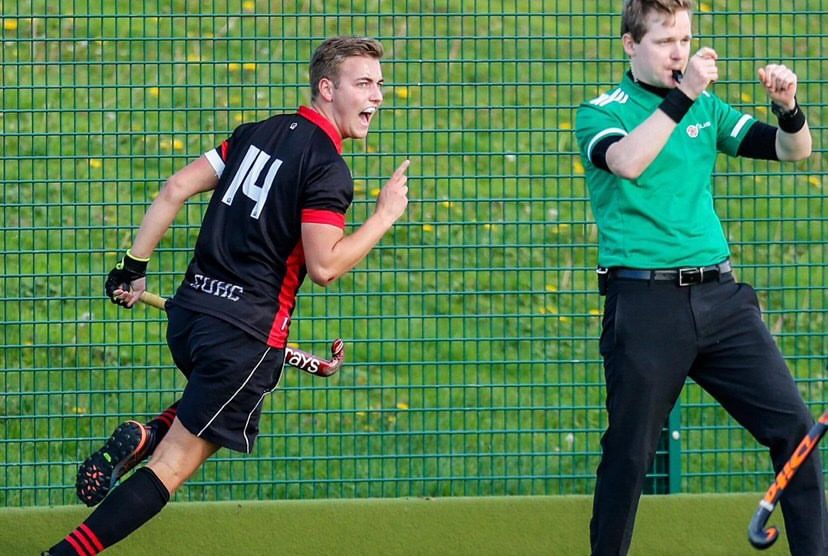 Cardiff University Men’s hockey has been one of the few lucky teams that have been able to return to sporting action. They are currently competing in the English Hockey League Western Conference where they have faced some stiff opposition so far.

Their most recent match in which could well be considered a local derby, Cardiff travelled across the River Severn to face Bristol University. The game was level at 2-2 heading into the final minutes, before two late Bristol goals sent Cardiff home with a demoralising 4-2 defeat.

This season has not started off too well for Cardiff, losing all three of their first fixtures. But unlike many of the teams they are competing against in their conference, Cardiff have had to overcome many hurdles to even get to this point.

I spoke to Cardiff University Men’s 1’s Captain Tom Dodwell, about the team’s preseason, start to the campaign and what to expect going forward.

“The team and I are very proud to be representing Cardiff as we have done for many years and to be one of the only teams playing at the moment makes it even more special.” Dodwell explained. “It is a shame there are no spectators at the moment as the support does make a huge difference when we play.”

Where the level of play is so unforgiving, Cardiff’s preseason was not as plain sailing as they would have expected heading into such a competitive league. “We were only able to start preseason in the second week of September”, only two weeks prior to the season’s opener Dodwell said.

The implementation of coronavirus precautions also made preseason tougher than usual; “we were only allowed 30 on the pitch at a time and had to constantly test temperatures, amongst other things such as not touching the balls with our hands.”

Although these procedures would have affected many teams across the country, its possible they are felt a lot harder when you are trying to integrate a new set of first team players:

“It is hard when the team changes completely each year and therefore the team chemistry on the pitch must be rebuilt all over again. As you mentioned, in a year like this it is even harder since team bonding off the pitch is difficult to obtain due to social distancing.”

Despite the far from ideal start, the captain felt optimistic heading into the season. “I did not know what to expect with the whole COVID-19 situation, but normally I would expect us to be near the top of the table come the end of the season.” Tom Dodwell explained, “I have a lot of belief in the talent we have here at Cardiff, and I hope to prove this in the coming games.”

As previously mentioned, Cardiff have started the season with three defeats from three, with a concerning goal difference of minus eight, leaving them bottom of the conference. However, Dodwell has seen positive aspects of his team’s performances in those first three fixtures:

“The team is continuing to play and progress together, building up our chemistry which is obviously really crucial for results to turn around.” Dodwell said. “In two of our three matches we have been a goal up before going on to lose, so we are focusing on retaining our lead and building on it rather than conceding on the other end.

“It is only a matter of time before we start winning and we need to think that heading into every game.

“We know we are a lot better than our current results show and I am excited to see what we can do in the near future.”

There is clearly frustration by the way this season has begun, but that is no fault on Dodwell or the team. The frustration is channelled from a will to do better, a failure to meet expectations. Results will start to turn for Cardiff there is no doubt about that, it is just about sticking with it and learning from this rough period.

“It is a long season, and it is still early days. Tom Dodwell concludes, “We have more than enough time to get our season back on track as long as we start to kick into gear now. We will take each game at a time and try to get as many wins as we can and see where that takes us.”