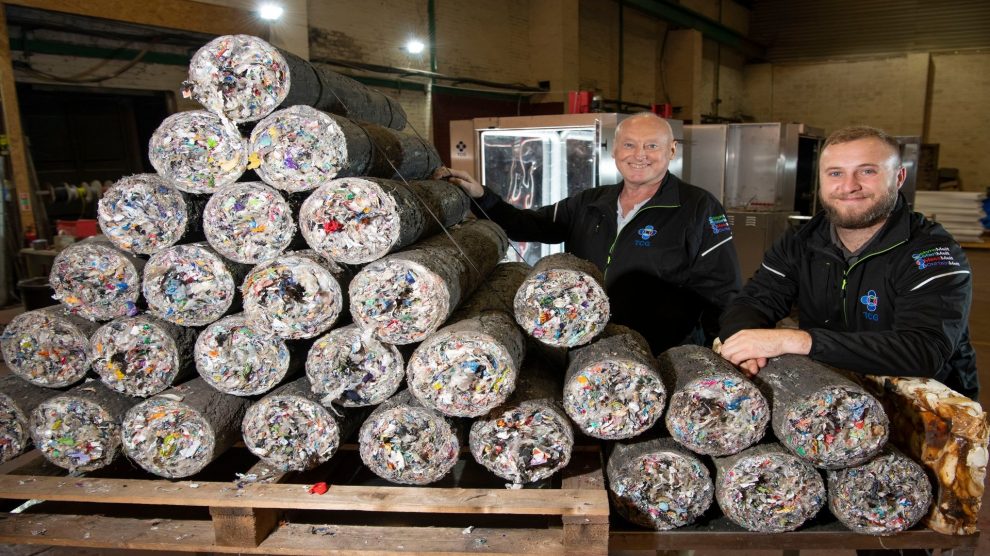 The U.S. Navy has expressed their interest in adopting a recycling device made by the Welsh-based tech company, Thermal Compaction Group.

Thermal Compaction Group’s prototype is currently housed in a Navy Research Laboratory in Maryland and, following extensive testing by researchers, the U.S. Navy is in negotiations to license the unique design for general manufacturing.  Assisted by numerous other tech companies across the UK, the Welsh firm intends to reshape the way modern organisations (like the U.S. Navy) process the single-use plastics they utilise in day-to-day operations.

With an active fleet of over 280 ships and submarines worldwide, the U.S. Navy consumes approximately 14 million gallons of fuel a day and, as such, has previously faced criticism for failing to improve the environmental impact of its international fleet.

Although this branch of the U.S. Military has experimented with other sustainable technologies in the past (including trialling an algae-based biofuel), these measures proved to be too expensive for widespread, practical use – The Navy’s recent acquisition of the ‘Massmelt’ system, however, could change this.

The Cardiff-based Thermal Compaction Group (abbreviated as ‘TCG’) was founded back in 2014 and specialises in manufacturing a variety of state-of-the-art waste recycling tech which, the Welsh firm attests, offers sustainable and “cost effective solutions to waste management problems globally”. Although TCG found early success with the ‘Sterimelt’ system (currently used by St. Woolos Hospital in Newport), the company has continued to develop similarly accessible methods capable of processing large amounts of single-use plastics.

Phillip Davison-Sebry, the Chief Executive Officer at TCG, noted that the ‘Massmelt’ system is so successful at reducing the “CO2 emissions given off by transport” because it can be operated effectively on diverse range of scales, from “5,000 people on an aircraft carrier, or just a lorry going back and forth”. Although “it taken quite a long time to perfect” the ‘Massmelt’ system, Davison-Sebry confirmed, the team at Thermal Compaction Group are committed to developing its “systems more and more, going forward” and intend to work at refining their systems for a number of additional, environmentally friendly uses.

Thermal Compaction Group’s ‘Massmelt’ prototype uses a process involving compaction and heat in order to alter the size of compactable waste, potentially reducing the volume of different types of compactable waste by up to 75%. In addition to also reducing the moisture content by around 25%, the system then compresses this shredded waste into easily transportable cylindrical ‘logs’ that can be later cut to specification for a variety of environmentally sustainable uses.

As part of the patented ‘Massmelt’ recycling process, these ‘logs’ are thermally sealed with plastic extracted from within the waste itself which, critically, strengthens them and allows them to maintain their shape during transportation. Whilst considerably reducing the transportation costs in disposing of the waste, the ‘logs’ can alternatively be purposed for other applications, such as fencing posts, furniture, or as easily installable flood defences.

In January last year, Thermal Compaction Group was recognized for its contributions to tech by the South Wales Chamber of Commerce at the Welsh Business Awards, receiving a trophy in the Success Through Innovation category. In response to an increasing demand for its technology, the firm has announced plans to significantly increase the size of its team of researchers and engineers over the next few years, citing a desire to connect with UK Universities in order to explore additional uses for the ‘logs’.

Thomas Davison-Sebry, the Director of Operations at TCG, considered that, during the current outbreak of COVID-19 in the UK, “we feel our technologies will greatly assist not only the US Navy, but also hospitals, universities and many businesses, who will all inevitably have growing waste problems if things continue in a linear route fashion”. Continuing in regard to the development of Thermal Compaction Group’s various systems, Davison-Sebry noted that “nothing like this can come about without a lot of people involved” and, as such, the company remains “heavily focused” on better educating people “on the importance of recycling and trying to reduce our carbon footprint”.

With the environment becoming an ever-pressing issue in our modern lives, this Cardiff-based company aims to challenge the way we perceive waste and, through their range of waste recycling systems, reduce the ecological impact of services (like the U.S. Navy) on a worldwide scale.