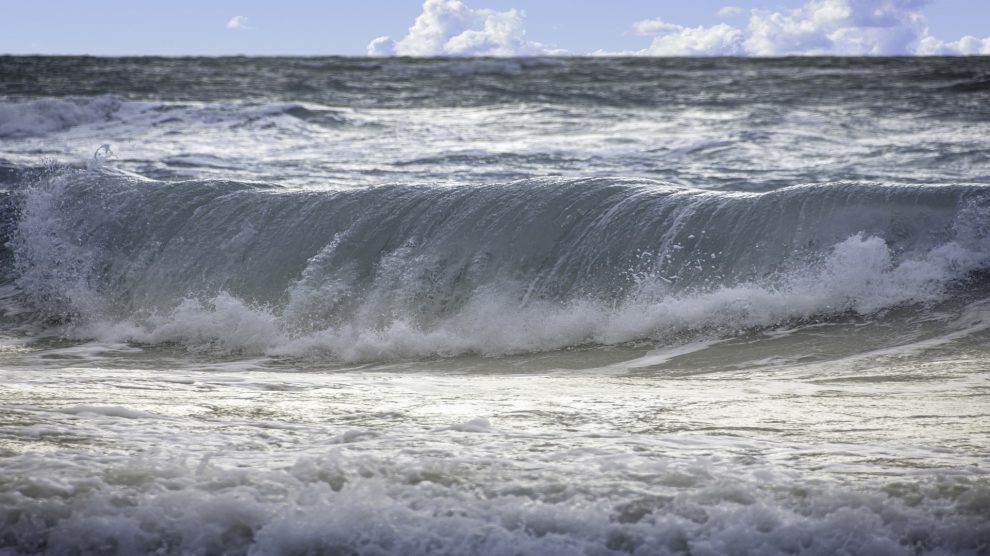 Scientists from the University of the Highlands and Islands (UHL) will begin trialling a drone-based measurement system that could potentially locate new sites for tidal energy sites.

As part of their twelve-month-long project alongside fellows from Swansea University and Bangor University, researchers from the University of the Highlands and Islands will use the aerial drones to capture video footage from several offshore sites across Scotland and Wales. Once the team have successfully collected the stored footage, they plan to employ sophisticated algorithms in order to precisely measure the velocity of the water and, therefore, evaluate whether a marine energy installation would be viable at the site – The initial tests of this system will be conducted at Pentland Firth (Northern coast of Scotland), and Ramsey Sound (Western coast of Wales).

Tidal power stations essentially function in a similar way to wind turbines, generating electricity as movements in the tidal currents turn an underwater turbine. Whilst, these installations are usually able to generate more electricity than air turbines (due to water being over 832 times denser than air), tidal power stations cannot be located anywhere along the coastline and, in fact, need to be built in a very specific area to maximise efficiency and safety.

Dr. Benjamin Williamson, Lead Scientist on the upcoming trial, spoke on the complexities in “measuring the flow speed and movement of water” and noted that, although collecting “measurements is typically high-cost and high-risk”, there are still fundamental in planning the placement of new tidal energy turbines.  Elaborating on the use of the drones “in remote locations and developing countries”, Dr. Williamson raised the importance of adopting “community-based approaches” in order to “address the climate emergency by advancing our ability to generate reliable, clean energy”.

Currently, the methods used to find and examine tidal streams have usually involved creating a high-tech network of sensors on the seabed which, over extended periods of time, are able to collect valuable data on the tidal activity that a specific stretch of coastline experiences. This method, along with the use of manned survey vessels to map areas by hand, are often too cost-intensive to be used regularly and, as such, the viability of tidal power stations on the UK’s coastlines has yet to be fully understood.

Dr Alan Owen, a Senior Engineering lecturer at the Robert Gordon University in Aberdeen, highlighted that, although “the UK has more resources than it needs” to create new tidal power developments across its coastlines, the government has yet to act on the importance of investing in renewable energy sources.

Whilst UHL has yet to announce when the trial will begin, this revolutionary idea to use drones to locate potential tidal power sites and, therefore, has the potential to speed up the UK’s transfer over to renewable energy sources.