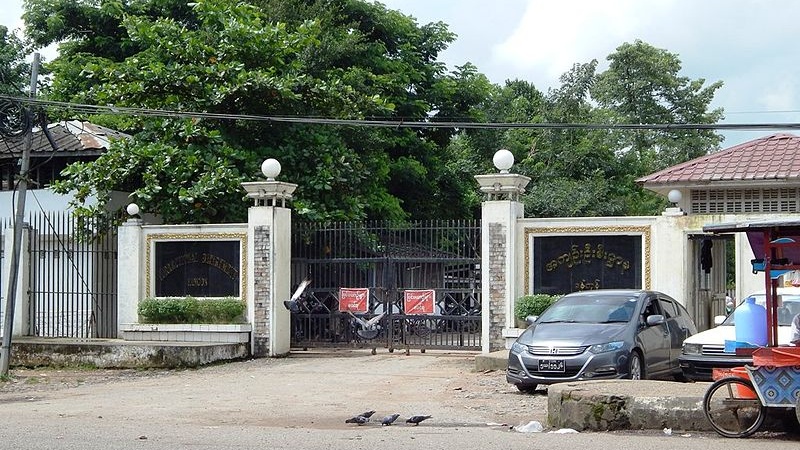 US journalist Danny Fenster, 37, was the managing editor for Frontier Myanmar when he was detained in May 2021. He was detained at Yangon International Airport, and following a controversial trial jailed to 11 years in prison. The sentence included claims of breaching immigration law, encouraging dissent against the military and unlawful association. He was also found guilty of the additional charges of sedition and terrorism, both which could mean life imprisonment.

Myanmar’s coup last February was carried out by military leaders after a landslide election defeat against the ruling National League of Democracy. Their justification included claims of electoral fraud, however the commission looking into this found no proof. The coup led to mass civilian protest, which was repressed violently by the military and resulted in at least 1,265 killed and 7,291 detained (according to the Assistance Association for Political Prisoners)

Before working for Frontier Myanmar, Fenster worked for Myanmar Now, a newspaper known for being critical of the Myanmar military post-coup. The charges were based on him working for Myanmar Now, however Frontier has made a statement that Fenster has been working for them since August 2020. When he was arrested in 2021, he had been employed by Frontier for over nine months.

This is not the first time Myanmar courts have come under fire, as a few months ago Japanese reporter Yuki Kitazumi was charged with spreading false information. Kitazumi was ultimately released upon Japan’s request.

Fenster’s trial has been controversial as it took place inside Insein prison, where many political prisoners have been detained since the February coup, and much of the defence’s supporting evidence was overlooked by the judge.

It was perhaps influential on Fenster’s trial that he was an American journalist, as since the coup the Biden administration has become tougher on Myanmar, denouncing the coup and requesting a return to the elected government, as well as sanctioning high profile military officers.

Earlier last week the US had insisted on Fenster’s release, but their request was denied, as a military spokesman claimed it was necessary to hold him longer in custody. Phil Robertson, deputy Asia director at Human Rights Watch has said the sentencing was “a travesty of justice by a kangaroo court”, meant to intimidate other journalists inside Myanmar. Fenster was also omitted from a previous amnesty of 5,000 prisoners. The US pressure for his release was very private, including a visit from Bill Richardson, former New Mexico governor.

On November 15 the military courts ‘pardoned’ Fenster, before releasing him on ‘humanitarian grounds’. At the time of his release, he had been jailed for 176 days.

US Secretary of State Antony Blinken has stated: “We are glad that Danny will soon be reunited with his family, as we continue to call for the release of others who remain unjustly imprisoned”.