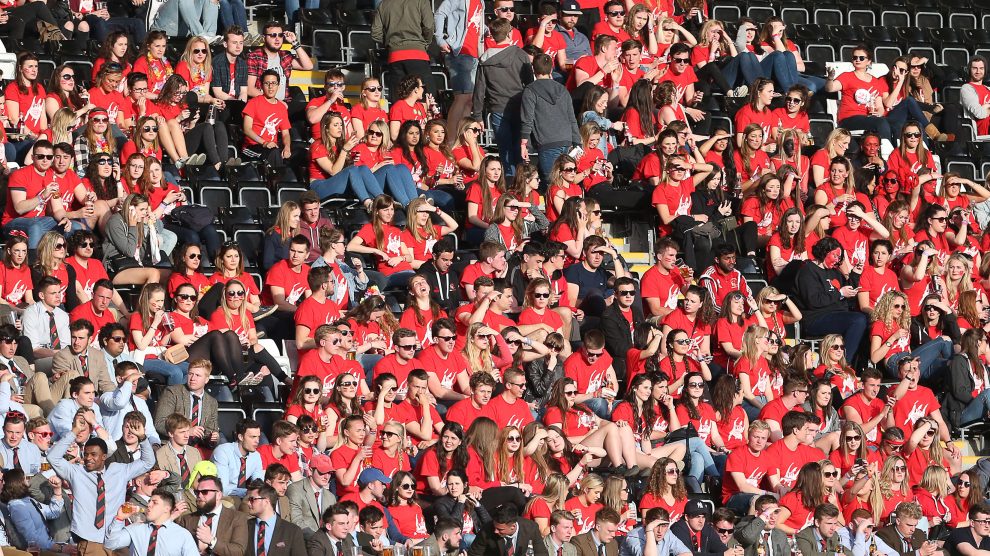 The annual Welsh Varsity will be held in Swansea this year on Wednesday 25 April.

The popular event, now in its 22nd year, will see both Cardiff and Swansea University do battle in over 40 different sports to claim the Varsity Shield.

The showpiece rugby match will once again be hosted at the Liberty Stadium, last used in 2016 when Swansea prevailed 16-10.

Swansea will be hoping to repeat their 2017 success, which saw them pick up their maiden Varsity shield after an investigation into the use of ineligible players by Cardiff saw them relinquish their title.

The Cardiff University Students’ Union responded at the time with a pledge to see the shield return to the Welsh capital in 2018.

“Cardiff will pass the shield to Swansea University for the first time, we trust that Swansea will look after the shield for the next 12 months before it returns to its home in Cardiff in 2018.”

The 2018 events will take place at the usual International Sports Centre on Sketty Lane in Swansea and tickets are expected to sell out quickly as usual.

The Welsh Varsity began in 1997 at Cardiff Arms Park and has since been held in numerous stadia across South Wales.

Brewery Field in Bridgend, considered a neutral location, held the event between 2003-2007 whilst Swansea’s Liberty Stadium and Cardiff’s Principality Stadium have become the chosen host venues for the rugby match in recent years.

Cardiff have taken home the Varsity Shield on 21 out of 22 occasions but they have struggled to repeat this success in the showpiece rugby match with Swansea leading the way with 13 wins.

Many students from both Cardiff and Swansea have gone on to represent semi-professional and professional clubs after featuring in the event, with Welsh Varsity rugby alumni including Rory Thornton (Ospreys), Tom O’Flaherty (Exeter Chiefs) and Jake Cooper-Woolley (Wasps).