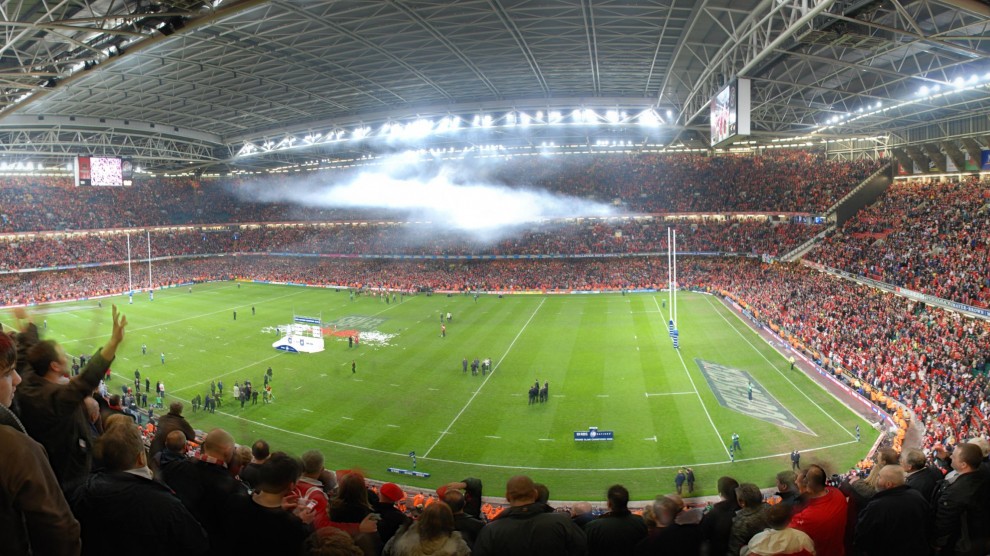 WALES earned their first win of the 2016 Six Nations Championship as they prevailed 27-23 in a tense encounter with Scotland in Cardiff.

After being held to a 16-16 draw against Ireland in Dublin last weekend, Warren Gatland’s side came on strong in the closing stages to overcome a spirited Scottish side at the newly-named Principality Stadium.

An upset appeared to be on the cards as Wales trailed entering the final 15 minutes, but tries from Man of the Match Jamie Roberts and George North ensured they claimed a much-needed ninth successive win over Vern Cotter’s men to keep their title ambitions well and truly alive.

The hosts drew first blood when Gareth Davies went over in the corner for a magnificent individual try after just seven minutes.

The scrum half pounced when a clever Dan Biggar chip bounced loose on the halfway line before an incisive breakaway saw him burst clear for the score.
A successful conversion from Biggar put Wales on the front foot – but Scotland instantly hit back with an impressive team move finished by Tommy Seymour.

The visitors strung together 21 phases of play, with a patient build-up eventually opening up space behind which was expertly utilised by Finn Russell’s exquisite chip to Seymour.

Laidlaw’s inch-perfect kick from the touchline ensured Scotland emerged from a chaotic first 15 minutes on level terms before he gave them a 10-7 lead after half an hour when Justin Tipuric was penalised for not releasing.

Impressive scrummaging from Wales enabled Biggar to respond with a penalty of his own just moments later, but Laidlaw slotted over another kick on the stroke of half-time to give the gutsy Scots a well-deserved lead at the break.

Yet powerful centre Roberts, fresh off the back of his heroic performance in Dublin, crashed over with a bruising run from deep to finish off a patient Welsh build up.

With a nervy finale still in prospect, talismanic winger North quelled Welsh nerves with a breath-taking try to seal victory for his side.

The Northampton star worked his way into midfield, collecting the ball just outside the 22 and weaved his way between numerous Scottish tacklers to surge over on the right.

Typical of their determined effort throughout the game, Scotland would not go down without a fight as they struck their second try through Duncan Taylor with just a minute remaining.

However, it eventually proved too little too late as their disappointing form continued and their Six Nations losing run stretched to nine fixtures.

For Wales, it was a professional performance as they overcame a tough test just six days after their fierce encounter with Ireland to put themselves in a strong position ahead of their clash with France in Cardiff on Friday, February 26.