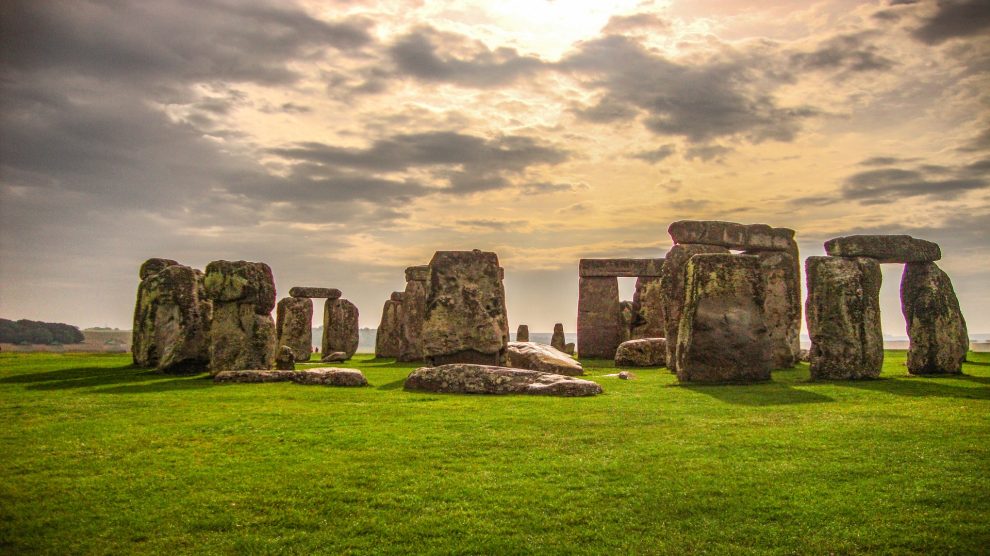 With the recent discovery in Pembrokeshire, new evidence suggests that Stonehenge may have been constructed in Wales and later moved.

The bluestone circle, uncovered at the “Waun Mawn” site in the Preseli Hills, Pembrokeshire, is thought by archaeologists to bear a striking resemblance to that of Stonehenge, the 5,000-year-old monument on the Salisbury Plain in Wiltshire. As part of their excavations for the BBC Two show ‘Stonehenge: The Lost Circle Revealed’, the team of archaeologists exposed a new bluestone circle measuring 110 metres (360 feet) in diameter which is approximately the same size as the earthen ditch constructed around Stonehenge.

In their reflections on these findings, the archaeologists hypothesize that the stones at the Welsh circle may have deconstructed and later relocated by prehistoric peoples to Wiltshire – A total distance that spans around 150 miles (240 km) of land.

The “Waun Mawn” site is primarily formed of four large stones which are composed of sedimentary bluestone and feature similar dimensions to the structures at Stonehenge. Created by the compressing of sediment by bodies of water, ancient people are thought to have extracted bluestone quarries due to its toughness and wide availability.

Professor Parker Pearson, an archaeologist specialising in death and burial, theorised that people in southern Britain had initially constructed Stonehenge in tribute to their ancestors, using the monument to “unite the peoples of east and west Britain”. On the formation of Stonehenge, he also added that: “With an estimated 80 bluestones put up on Salisbury Plain at Stonehenge and nearby Bluestonehenge, my guess is that Waun Mawn was not the only stone circle that contributed to Stonehenge”.

Although archaeologists had previously investigated the “Waun Mawn” site, these excavations failed to identify evidence of six holes in the stones which, the researchers contend, could mean that Neolithic peoples took the stones with them as they migrated. This Welsh site, regarded as the third largest stone circle in Britain, is set to undergo further excavations.

The entrances to the two sites, in addition to having similar constructions, are both aligned with the sunrise during the summer solstice and, as such, are thought to have had a deeper, ancestral meaning for the ancient peoples who erected them. This may also shed light on the importance of the region in Neolithic times where, until around 3000 BC, the region was densely populated by several different groups of settlers.

Speculating in relation to the site’s cultural significance, Parker Pearson also supposed that: “maybe most of the people migrated, taking their stones – their ancestral identities – with them, to start again in this other special place,”.

This discovery, outlined more extensively in ‘Stonehenge: The Lost Circle Revealed’, represents a particularly interesting hypothesis on the monument’s past and, if supported by further findings, could shed light on this formerly obscured period of prehistory.