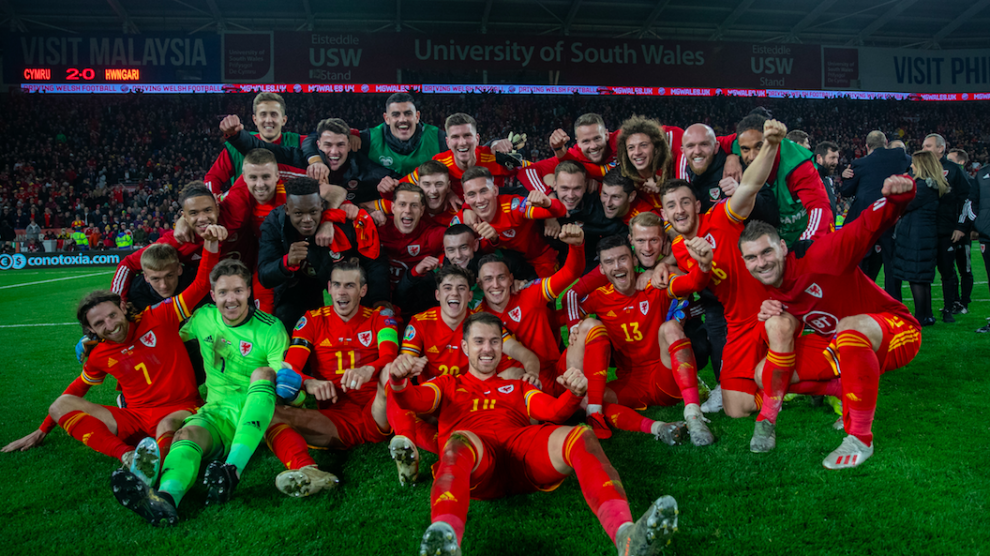 by Reece Chambers and Olly Allen

Reece Chambers and Olly Allen debate the pros and cons for the European Championships being suspended from a Welsh viewpoint.

Suspending the Euros until 2021 obviously has a lot of scientific evidence to back up the decision.

However, from a footballing perspective, it couldn’t come at a worse time for this Wales squad. Ryan Giggs has been commended for his subtle blend of youth and experience during his managerial reign. That effective mix looked to reach its optimum level in the summer with the likes of Ethan Ampadu and Daniel James being combined with Gareth Bale and Aaron Ramsey.

Creating a squad which has a fine balance is often a task that many managers fail to create. Giggs, therefore, should be credited for creating an environment that allows players to reach their peak.

As a result, Euro 2020 appeared to be the perfect opportunity for the well-balanced mixture of experience and youth to showcase their talents on the world stage. However, at the time of writing, it appears that the European Championships could be suspended until next summer.

Keeping this at pure speculation, moving the tournament to next summer would see a very different Welsh squad. The continued uncertainty of Bale’s career means that he may well be past his best next summer.

Indeed, the youthful element of Giggs’ squad could be in a better place by next summer. But, crucially, the amount of unpredictability that rests on the shoulders of young talent is hardly a place to rely on come next year’s tournament. On top of that, the injury to Joe Allen is arguably the only one that would affect Giggs’ preparation this summer. The midfielder is certainly replaceable given the plethora of talent in midfield and their recent record without him. Would next summer see more key injuries than right now? Possibly.

If the Euros are postponed, I’m sure Ryan Giggs will wheel out the entirely predictable line that the health of players, supporters and officials is the most important thing. Deep down, he’ll also be delighted. The Championships have arguably come a year early for this Wales side, for who remain relatively embryonic as both a team and individuals.

The likely centre-back pairing of Joe Rodon and Chris Mepham are both still only 22 and have just 20 caps between them. Of the 13 players who featured in Wales’ decisive qualifier against Hungary, eight had under 20 caps, whilst other young starlets such as Rabbi Matondo, Matt Smith and Tyler Roberts are still making their way in the game.

Although you could suggest that youthful exuberance could be an advantage for Cymru, another year’s experience at both domestic and international level will do them no harm at all.

Many of the squad have struggled for game time with their respective clubs this season, so another campaign to improve is a positive, as are the Nations League fixtures against Ireland, Finland and Bulgaria in the Autumn.

There is also the fact that two of Wales’ key players should be fully fit for the summer of 2021 as they would not be in three months’ time. Joe Allen, crucial in the make up of the midfield, has already been ruled out of the tournament because of a ruptured Achilles tendon, whilst exciting winger David Brooks has not played all season following an ankle injury sustained in July.

Of course other players may pick up injuries in the meantime, but right now a postponement seems good news for Wales.