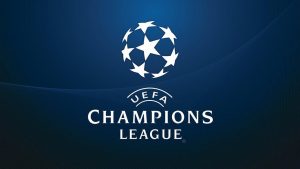 The knockout stages of the Champions League start with Manchester United hosting Paris Saint-Germain at Old Trafford. Thanks to Ole Gunnar Solskjaer’s management, United have entered the top four of the EPL for the first time this season and are the in-form side with an eleven-game unbeaten streak. One of the men instrumental to this success has been Paul Pogba, who has reached new heights in recent weeks with 13 direct goal involvements in his last ten games.

They face a PSG team hit by an injury to their talisman Neymar, who picked up an ankle injury which will see him miss out on two months of action. To add insult to injury, they also will be without last season’s top scorer Edinson Cavani, who is set to miss out with a minor hip strain. With a makeshift team which includes a centre back and a right back playing in midfield, the French side will look to take score as many away goals as possible and take a lead back to the Parc des Princes.

With Neymar out of both legs, Cavani a doubt to start and Solskjaer’s team on top form, United are favourites to win the match, but if PSG were to win or score two or more away goals, it will be a very tough task for United to get a result in Paris and progress to the quarter finals.