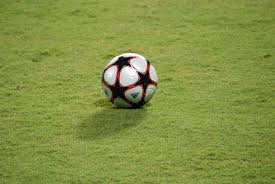 Following wins by PSG and Roma in yesterday’s matches, Dortmund travel to London to take on Tottenham in one of the most anticipated ties of the round. The German side are five points clear at the top of the Bundesliga and have achieved this feat by playing attractive attacking football and with a team full of promising young talents.

The Dortmund player that has caught the eye of the footballing world is 18-year-old Jadon Sancho, who completed an £8m move from Manchester City this summer. The Englishman has taken the league by storm with 16 direct goal involvements in 21 games and a goal/assist every 84.75 minutes and has the opportunity to showcase his ability in the most prestigious competition in European club football, against a quality and experienced Spurs defense.

When the two sides met in the group stage last season, Harry Kane scored three times and proved to be the difference between the sides, but Spurs will be without their talisman today as he is side-lined by an ankle injury. As a result, the burden of scoring has fallen onto Heung-Min Son, who scored twice in the matches between the two last season and is currently on an incredible run of form, with ten goals in his last eleven appearances. With Dortmund only keeping 6 clean sheets all season, the South Korean is tipped to get on the scoresheet against the German side’s vulnerable and inexperienced defense.

Facing a struggling back four, Spurs will be looking to engineer a healthy lead for the second leg in Germany, whereas Dortmund will be keen to take away goals back to the Signal Iduna Park, where they are unbeaten all season.