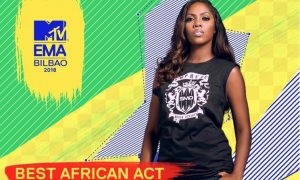 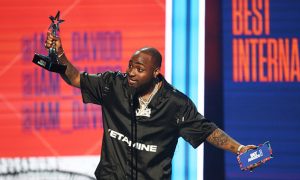 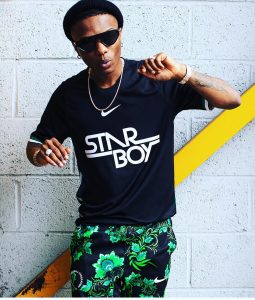 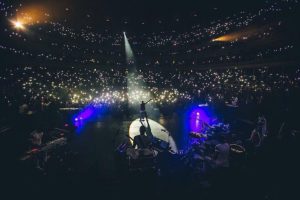 Wizkid at his sold out show at the Royal Albert Hall

My name is Ayo Olujembola, I present and self-produce my own show called Rhythm
Afrique. It’s one of the many specialist shows on xpress and it’s live on air every Thursday
from 23:00-00:00. I focus mainly on Nigerian music, most notably the afro beat genre. The
Nigerian afro beat genre is the biggest music industry on the African continent, and we have
the two biggest stars; Wizkid and Davido. Both have sold out the O2 Arena, and Wizkid the
Royal Albert hall. With a long list of hits and collaborations and achievements (Wizkid having
writing credits on Drake’s Grammy award winning song: One dance, Davido winning the
best international act at the BET awards). In October of 2018, Wizkid and Nike collaborated
to have a limited edition of his own “star boy “jersey, bridging the gap between music,
sports and fashion in the African circle. Other huge stars include Tiwa savage (who became
the first woman to win best African act at the 2018 MTV EMA awards), Burna boy, Runtown
etc., All of who have collaborated with the biggest artists on the planet. I try to have a
theme every show, from throwbacks, to the alternate artists and new school sounds,
general afro beat and rap/hip-hop. On valentine’s day, I had a special edition playing my top
ten love related songs by Nigerian artists. I also have guests on my show from other African
countries and I play their music as well, for example Ghanaian afro beat, South African
house music… and even dancehall at times. I try to make it as diverse and as inclusive as can
be. I must say I’ve gotten some wonderful feedback and this motivates me every week to
present better shows and more music.