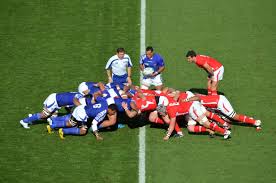 The Six Nations is finally over and due to the timing of this article I’m sure that most of you already know about Wales’ Grand Slam success after they defeated Ireland in the Principality stadium two Saturdays ago. They looked dominant for most of the match and nearly prevented Ireland from scoring a single point were it not for a last-gasp try from Jordan Larmour in the 83rd minute. As impressive as the 25-7 score looks from a welsh perspective it’s important to understand how Wales gained their lead in the first place. The only welsh try came 70 seconds into the game when Gareth Anscombe chipped the ball over the Irish defence for Hadleigh Parkes to collect and crash over the line. The remaining 20 points were all scored through the boots of Anscombe, a single conversion and 6 penalties, earning him man-of-the-match and giving Wales a healthy lead over their opponents.

The performances of Anscombe throughout this year’s tournament have provided a lot of optimism for me as he has demonstrated a composure in all facets of the game befitting a starting fly-half. In a world cup year having a number of players who are comfortable playing against the best teams in the world is vital, as without this depth injury can completely derail four years of planning. The Welsh squad now not only has such depth, as epitomised by Gareth Anscombe and Dan Biggar, but also has the quality in the starting line-up to win against the big teams. It can be easy to forget that before the game Ireland were the 2nd rated team in the world and that the only tier one nation who Wales haven’t beaten in the last twelve months is New Zealand, who have looked less dominant than one might expect.

The Welsh defence once again looked strong and Warren Gatland’s side have now gone unbeaten 14 games in a row suggesting his comments about being a side who’ve “forgotten how to lose” may ring true. After the first half of the France game almost two months ago, it was difficult to imagine Wales winning a grand slam but following that comeback in Paris the players have managed to find ways of winning tight games against top teams. They scored the joint fewest tries throughout the tournament and didn’t gain a single bonus point but managed to concede very few points and win ugly.

After Wales’ win in Cardiff, the England Vs Scotland game had little bearing on the final positions in the six nations table but given the way the two sides played you wouldn’t have thought it. England came out of the blocks quickly scoring 31 unanswered points before Stuart McInally charged down Owen Farrell’s kick and sped 70 metres to the English try line in the 33rd minute. Despite this England likely remained confident coming out in the second half, playing at home with a 24 point lead against a Scottish side with a high number of injured first team players, it is hard to see how Scotland could get back into the game… but they did.

Darcy Graham scored just after the break and Magnus Bradbury brought the Scots within 12 points, crashing over the line for their third try following a lovely chip over the English defence by Ali Price. Graham then Scored again to bring his side within a converted try, which Finn Russell scored just two minutes later after intercepting a pass by Farrell on the half way line. With 20 minutes left to go, Scotland looked like the better team, having made a come back of epic proportions, and managed to make the most of this purple patch to score yet again through Sam Johnson who beat four English players on the way to the line after being put through by a great pass by Russell.

However, this fairy-tale ending was not to be for Scotland, as George Ford scored under the posts in the dying moments of the game to end the last Six Nations match of 2019 in a draw.

This game demonstrated the brilliance of both sides attacking abilities, something we already knew was a strength of these sides, but also highlights a key issue for both sides, defence. England have convincingly beaten every side they have faced this year with the exception of Scotland and Wales. These two sides play in very different ways but show there are two ways to challenge England in a game, which the other sides were unable to. Scotland, while some will argue were lucky, forced errors and created lots of chances to score in the hopes that it would allow them to outscore England, which very nearly worked, and Wales simply shut them out. While the English did manage to score a try against the Welsh, they were far less prolific than they looked against all other teams and couldn’t find a way to win that tight game.

Another comparison that can be drawn between the two games England didn’t win is the performance of Owen Farrell. It is clear that he is the key to how England play as when he looks slightly off the pace, so does everyone else which is clear in these two matches. By no means did he play badly against either side, he just wasn’t at his best and it showed. Two incidents involving Farrell directly resulted in Scottish tries, McInally’s Charge down and Russell’s intercept, which opened the door for them to turn the game around. Similarly, in the Wales game a few misplaced kicks prevented England from scoring or gaining field position which could have changed the nature of the game.

Eddie Jones has suggested that this mentality remains from the 2015 world cup defeats, prior to him taking up the role as England manager, and it will be interesting to see how they fair at this years World Cup Given their major opposition in the group stages, Argentina and France, have also shown they are capable of throwing away significant leads in recent times.