by Reece Chambers at the Cardiff City Stadium

The Hatters level proceedings from a corner. Matty Pearson heads brilliantly past Smithies in the Cardiff goal.

Hoilett’s first involvement of the game sees him play a delightful ball to Glatzel. The striker, though, completely misreads the flight of the ball and heads thin air.

The Hatters move it well down the right and free up some space for the clinical James Collins. His shot, though, drifts just wide of the post.

Luton get into a dangerous position but Aden Flint is there with an important tackle in the penalty area.

This game is coming to life now.

The second half is underway, let’s hope for some goals…

A rather uneventful first 45 minutes at the Cardiff City Stadium. The Bluebirds perhaps just edging things, but not much to choose between the two sides.

Probably the best chance of the half for the visitors. A wonderful cross from George Moncur cannot be directed onto goal by Callum McManaman.

Glatzel and Murphy yet again use their pace to run at the Luton backline. Murphy finds some space to have a shot, but it’s deflected wide for a corner. Nothing doing from the resulting corner.

WE NEED A GOAL

This game is crying out for a goal. Neither side has shown that cutting edge to bring this game to life yet. If anyone is to do so, it could be Murphy on the left for Cardiff who looks most threatening.

Murphy is involved again, this time for the wrong reasons. He goes down in the area, but referee David Bond gives the winger a yellow card for simulation.

Murphy does brilliantly to beat his marker on the left flank but Gavin Whyte slightly mistimes his run into the box, and the ball trails behind him.

Joe Ralls delicately dinks the ball into the area, only for a signature Sean Morrison header to be terrifically saved by Simon Sluga.

The new number 9 for the Bluebirds shows terrific pace again, but is unable to link up with Murphy in the area.

The ball falls to Murphy again in the area, but the winger’s shot is wasteful as it goes wide again.

Here we go then, the start of Cardiff City’s home campaign, and the start of Neil Warnock’s last as a manager.

TIMES ARE A CHANGIN’?

In 57 head-to-head meetings, Cardiff City have only beaten Luton Town 18 times. They will hope times are a changin’ today.

Head over to @gairrhyddsport on Instagram for a unique perspective at the Cardiff City Stadium. 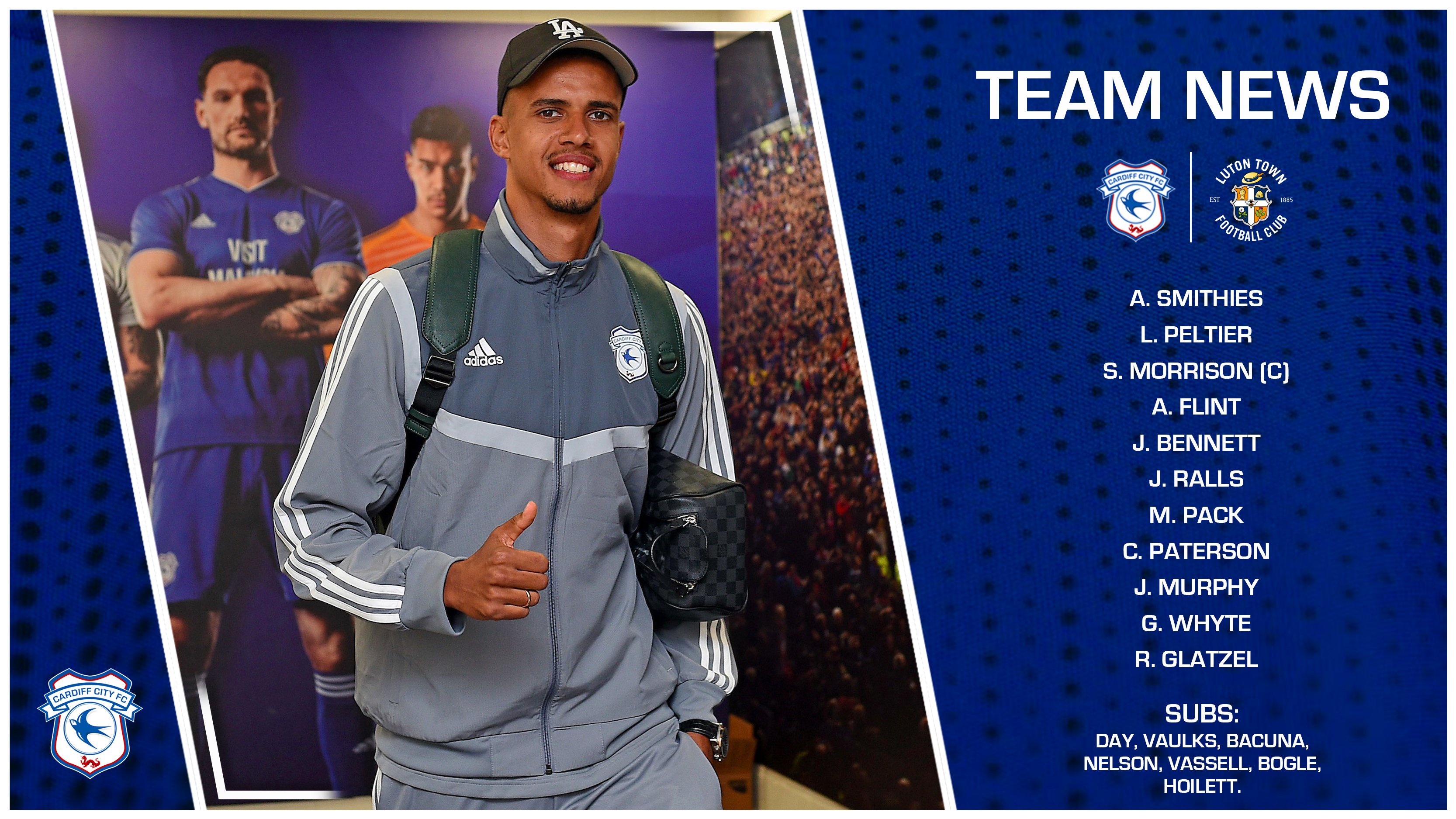 We’ve arrived at the Cardiff City Stadium. There’s a certain buzz around the stadium that you only get at the start of the season.

– Cardiff City are likely to be without goalkeeper Neil Etheridge (hamstring) which gives Joe Day a chance to prove himself in goal.

The Bluebirds will be hoping to get off and running today. They welcome Graeme Jones’ men to the Cardiff City Stadium.