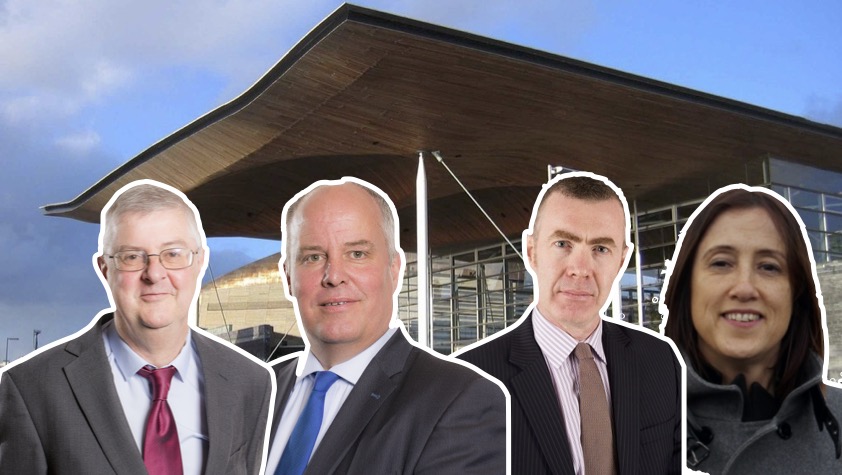 By The Politics Team

Voting has ended in the 2021 Senedd election and up and down Wales votes are being counted and counties called. Stay here for regular updates on how the makeup of the next Senedd is taking shape. You can also find live updates on our Twitter.

The counting for the 2021 Senedd election is at an end with Labour as the largest party with 30 seats in the Senedd, followed by the Welsh Conservatives with 16 seats, Plaid Cymru with 13 seats and the Liberal Democrats with one.

Welsh Labour was set to lose some seats but held all of them bar the Vale of Clwyd which was taken by the Conservatives. However, Labour gained the Rhondda from Plaid Cymru and picked up an extra regional seat leaving them with their joint best result since the formation of the Senedd in 1999.

The Liberal Democrats lost Kirsty Williams old seat in Brecon and Radshore to the Conservatives but managed to gain a regional seat in Mid and West Wales.

The next big question is will Labour look to form a minority government, being one seat off a majority or will they join a coalition with the Liberal Democrats as they did in the 2016 election when they held 29 seats.

Good Morning and welcome back to Gair Rhydd’s Senedd election coverage. We are expecting the final results, two more regional lists, today which will be crucial. Labour currently stands at 30 seats, matching their best ever result in the Senedd but 31 is needed for a majority. The Conservatives have made gains in the election, taking the Vale of Clwyd from Labour and Brecon and Radnorshire from the Liberal Democrats on a constituency level while also picking up two seats on the regional level.

Plaid Cymru have overall lost one seat, losing the Rhondda to Labour and losing Leanne Wood, the parties former leader, in the Senedd. Plaid currently stands at 9 seats.

The Welsh Liberal Democrats lost their only constituency seat but have managed to pick up a regional seat, meaning that they will still have a presence in Cardiff Bay. If Labour is unable to pick up one more seat to form a majority government they could enter another deal with the Liberal Democrats to get them over the majority or they may choose to form a minority government.

As of 21:00, the results are as follows (with gains and losses compared with current Senedd):

As of 19:00, the results are as follows (with gains and losses compared with current Senedd):

From 17:00 this afternoon, Labour held the North Wales seat of Delyn, returning Hannah Blythyn to the sixth Senedd. They also held nearby Wrexham, defeating the Conservatives by just 1,350 votes.

The Conservatives also held Abercony, with incumbent Janet Finch-Saunders returning to the Senedd, alongside the former Conservative Party leader, Paul Davies. Davies was elected in the Preseli Pembrokeshire constituency, though with a halved majority, not least after he was forced to stand down as party leader after allegedly breaking COVID-19 restrictions.

Meanwhile, Plaid held their first seat of the day, Arfon. Siân Gwenllian will be returning to the Senedd. Their second seat came in Dwyfor Meirionnydd, where the party now holds a majority of more than 7,000.

Further south, Labour held Iswlyn and Swansea West and East, where they maintained a massive 9,000 majority.

Also in the South West, the Conservatives held Carmarthen West and South Pembrokeshire, though with a significantly smaller majority, cut from 3,373 to 936. This is the seat of former Conservative MS Angela Burns, who stepped down this year. Taking her place is Samuel Kurtz.

Nearby, the Tories held Clwyd West. Darren Millar won the seat again, despite having stood down earlier this year after he allegedly broke coronavirus restrictions alongside Andrew RT Davies.

There are several current Welsh Government ministers confirmed to be returning to the Senedd, with Labour MS Rebbeca Evans re-elected, and increasing her majority to 4,795, up from 1,829 in 2016. Evans returns to the Senedd alongside Economy Minister Ken Skates, MS for Clwyd South, who was also re-elected.

Also in South Wales, Labour held Neath, Ogmore and Blaenau Gwent, with Jeremy Miles, Huw Irranca-Davies and Alun Davies all re-elected. Davies was also caught up in the allegations that he and other members of the Welsh Conservatives broke lockdown restrictions at the Senedd in January.

Holding a majority of nearly 10,000, Rhun ap Iorwerth was re-elected as the Plaid Cymru MS for Ynys Môn.

To finish off the hour, Sarah Murphy was elected in the seat of former First Minsiter Carwyn Jones, Bridgend, though with a reduced majority of 4,064. The Conservatives famously took the seat at the 2019 General Election.

Results are tricking in for the 2021 Senedd Election, as we write this, our first of four election updates.

As of 17:00, the results are as follows (with gains and losses compared with current Senedd):

Counting was delayed from yesterday’s election, which was delayed due to the ongoing public health situation.

With counting starting late in some constituencies, results are slowly trickling in, but we’re unlikely to have a clear picture until later this evening.

The first result to be declared was that of the constituency of Montgomeryshire. Held by the Conservatives since 2011, Member of the Senedd (MS) Russell George was re-elected. George successfully grew his share of the vote by 6.3%, increasing his majority to more than 7,500. Montgomeryshire had a turnout of 52.8%, a record for the seat.

Meanwhile, in Merthyr Tydfil, Welsh Labour also held their seat, returning incumbent Dawn Bowden to the sixth Senedd. Bowden also increased her share of the vote, increasing her majority by more than 3,500.

The first steal for the Welsh Conservatives came around 15:50, with newcomer Gareth Davies taking the Vale of Clwyd, in North Wales. This is the seat of former Labour MS and Senedd Deputy Speaker, Ann Jones, who decided not to stand for re-election. It is an important gain for the Conservatives, but despite being their number one target seat in North Wales, Davies’ majority is just 366.