The fact is, the arts are most often classed as the ‘non-essential’, ‘nice-to-have’ services. Therefore, when additional funds are needed to cover councils’ legal duties, such as social care and child protection, the arts are usually the first to suffer. Since 2010, £400 million have been removed from culture and arts budgets, and councils have warned that further funding cuts are inevitable. This is even affecting cities’ most essential cultural needs – in 2017-18, in England £30 million have been cut from council library spending and 127 libraries have closed down. With Brexit’s dark shadow dawning on us, not only will European cultural grants disappear, but European countries’ previously favourable attitude towards the British cultural scene is changing and will inevitably cause some more financial difficulties for artists.

Why should we care? Surely, most cuts are happening because of the increased demand for social care services, which, as you will probably agree, is a more worthwhile cause than arts and crafts. Well, it’s simple. Art may not usually be a matter of life and death (well, van Gogh, along with a long line of other tortured geniuses, may have had different feelings on this one) but without art, I am not convinced life would be worth living. Can you picture a society without art – with no music or dance, no literature, no cinema or theatre, no paintings, no sculptures? Would there be a single civilizing influence remaining? Would it still be even considered a society, if it is stripped of its collective identity? Local culture is worth more than a number, more than what a spreadsheet can account for. It is precisely what gives a place its colour, its unique character, its sense of community.

Furthermore, numerous studies have proven the extensive benefits of practicing arts –  participating in structured music activities leads to better success with maths and languages; exposure to drama improves people’s literacy;  arts education may improve graduation rates, school attendance and achievement levels. Johns Hopkins researchers even found that arts education can positively change students’ brain structures and lead to significant social and intellectual development. Additionally, the arts have a positive influence on people’s physical health. For people living with Parkinson’s disease, group singing and dancing leads to improvements in voice and movements. Singing has also been proven to benefit the lung functions of people with chronic obstructive pulmonary disease. Traditional art lessons can delay dementia and impact cognitive functioning. And, more popularly, art can improve mental health and wellbeing by lowering the effects of anxiety, depression, low self-esteem, social isolation, stress etc. Haven’t we all made use of the pencils and colouring sheets given out in university libraries during exam periods?

Obviously, the majority of such art schemes are a touch more costly than printing out a black-and-white outline drawing to colour in between essays (while calling it adult colouring, of course, to avoid the kindergarten flashbacks). Even if we consider this simplest form of interacting with the arts, the availability of drawings online for no cost means hours of unpaid labour for the artists behind these drawings, not to mention the years of training and practice they undoubtedly dedicated to their skill’s development.

So how can the arts be funded? One possibility for consideration is through corporate sponsorship. However, this path is often thought of as unreliable and sometimes even potentially shady. With the undeniably changed priorities around corporate responsibility, many companies have withdrawn their sponsorships – The Man Group, for example, recently discontinued its 18-year support of the Booker prize. Corporate sponsorship always is done with brand enhancement as the ultimate goal; however, under-funded arts can struggle to scrutinise the not-too-ethical or respectable helping hand. 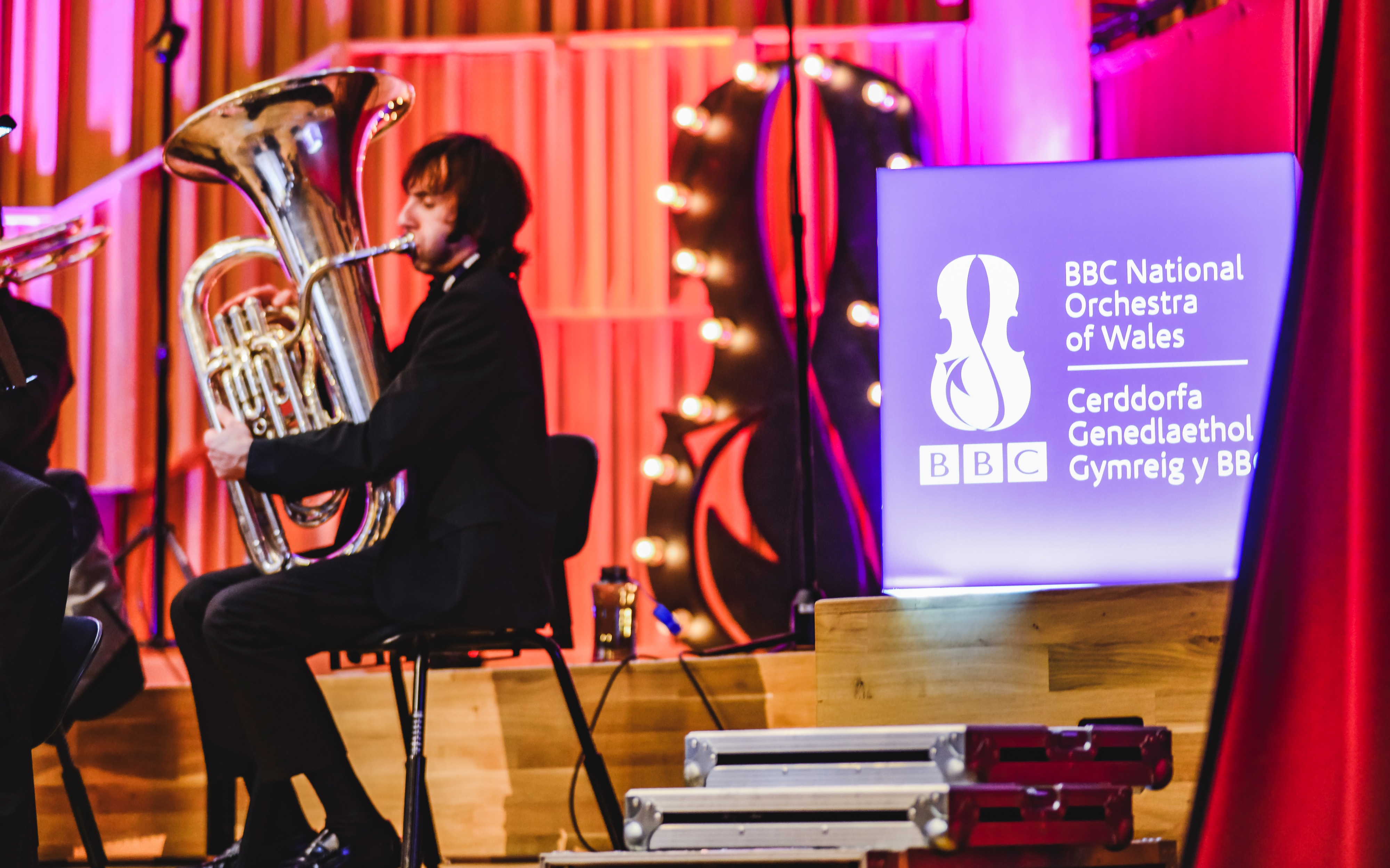 The two funding paths which have proven to be most successful and reliable are subsidies and direct income via the public. As previously mentioned, subsidies to the arts have been severely reduced and are presently under threat of even further cuts. This suggests that the remaining art services should be shown as much support as possible by the public, in order to highlight their importance to social workings and therefore that funding similar schemes is worthwhile. An example of a Wales-based cultural public service is the BBC NOW (the BBC National Orchestra of Wales). This is the only symphony orchestra in Wales, and thus regularly tours the area to ensure the availability of classical music to a wider audience. The BBC NOW shared with Q3 that the main influence of funding cuts in their view is the current need to encourage young people to enter the world of music in spite of the lack of school provisions. They provide projects such as Listening to Language, which promotes a creative approach to the learning of Welsh, Spanish and English, in addition to performing concerts specifically for local schools. Wide attendance to cultural events organized by such public services emphasizes their importance to the local community and can encourage the future subsidising of additional schemes with similar aims. 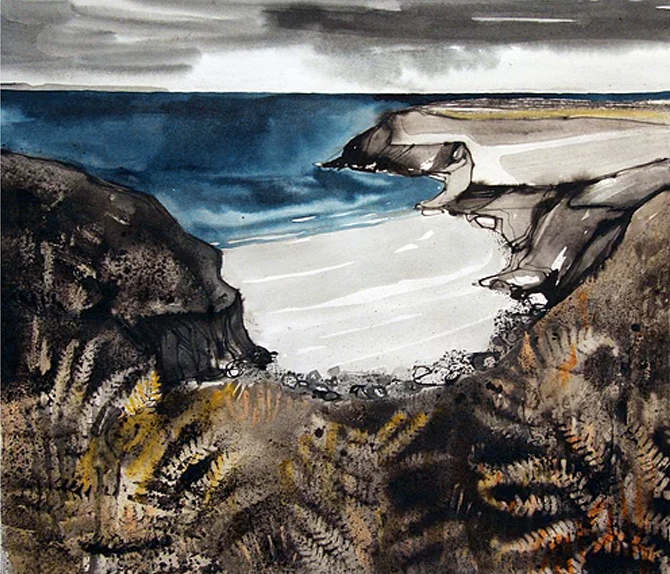 For most independent artists, however, direct income through public attendance or purchases is the only realistic source of funding. The greatest originality and value can arguably be found in independently produced arts and yet most small-scale projects receive no subsidies at all. Far too many brush off the notion of purchasing art as only available to people with large incomes and unrealistic for the majority of the public. However, a couple of large glossy posters of overly circulated images bought from a large corporation may have the same price and hardly the same value as a smaller print hand-made by a local artist. Locally produced art can be much more creative and meaningful, and even visiting a gallery exhibition can enhance one’s feeling of belonging to a community. Take Eleanor Whiteman’s Draw West exhibition, for example, which is currently displayed at Cardiff M.A.D.E. With focus on West Wales, her work very much reflects the reality of the surrounding nature and the feeling of the area – from the dynamic of the Welsh flora to the expressed experience of the winds and grey sky. Her work is unique for being backed by university education in both arts and Geology, therefore combining creativity, factual knowledge and a personal understanding of the area. Isn’t work like hers worthy of more support than yet another Breaking Bad poster or mug?

Especially in this politically divided time when national and cultural identities are being questioned on a daily basis, art may be the life jacket we need. Some argue that the power of art to shape conversations, challenge normative behaviours and provoke social change is strong enough to even tackle climate change; while this is yet to be proven, art can at the very least provide some much needed emotional relief. Local art is something to take pride in, something to cherish and certainly something to protect and support.

To what extent is social media enabling stronger activism?

How my faith inspired the music in me

Is it right for MP Chope to block bills halting laws when people’s safety is in danger?