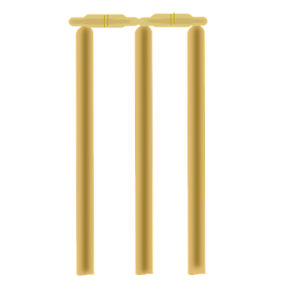 England slumped to a 381-run defeat in the first test in Barbados, the Windies’ third largest win by a run-margin.

Following a 3 – 0 whitewash in Sri Lanka, England began the series as favourites and were playing a West Indies side that had only won one of their last eleven test matches. England named an unchanged 16-man side for the series whereas the Windies made five changes, but the key news to England’s starting XI was that Stuart Broad was dropped for Sam Curran, a decision which skipper Joe Root admits was ‘a mistake’.

Windies won the toss and elected to bat and started encouragingly. An aggressive knock by debutant opener Campbell and a half century from Shai Hope took the Windies to 174-4. Roston Chase and Shimron Hetmyer added to this lead by both reaching half-centuries, but Chase’s wicket at 240-5 would turn out to be the start of a collapse, with four out of the last five batsmen falling for a duck.

Going after a small total of 289, and with momentum in their favour, England were fancied to surpass this total and set up a match winning lead, but Kemar Roach picked up personal best figures of 5-22 and helped rock the visitors to 77 all out, with Jennings top scoring for England with only 17.

With a lead of 212, the Windies got off to a poor start and were 61-5 thanks to some fine bowling from Anderson and Moeen, but captain Holder and wicketkeeper Dowrich put together a stand worth 295 runs to help take the Windies declare on 415 by the end of the third day.

Chasing 627, England knew they would have to complete a world record chase in order to win. Unlike in the first innings, they got off to a great start with an opening stand of 85, but the middle order couldn’t convert it into a big score with part time spinner Chase claiming his personal best of eight wickets to win the game for the Windies.

With two more tests in the series, and with Root hinting Broad’s inclusion in the next test, the visitors will have an improved bowling attack to counter the Windies batting form and have a chance to pull the series back.

You Me At Six at the Great Hall – 1st December 2018
The Clinic: Exam Anxieties
Comment