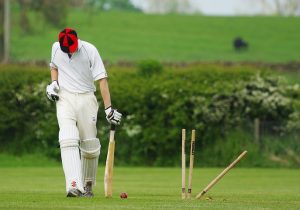 Having lost the Test match series, England entered the second T20 knowing that a win would secure a series win. Windies made two changes with Bishoo and Mccoy coming in for Nurse and Thomas whereas England named an unchanged side from the four-wicket win in the last game.

West Indies won the toss and elected to field, which seemed to be a wise call with England’s top order collapsing to 32 – 4 thanks to blistering spells from Brathwaite and Allen. With the fall of Joe Denly for only 2, Billings came to the crease knowing he would have to rebuild the innings with skipper Joe Root, who got out for a duck in the first T20 in Saint Lucia. In the overs that followed, Root played with composure and discipline, and reached his first fifty since the World T20 Final in 2016 to take England to 110 with 5 overs left. When Root was run out for 55, the success of the innings fell on the shoulders of Billings, who accepted the responsibility and flourished. Finishing on 87 of just 47 balls, and with the help of a quick-fire knock by David Willey, Billings catapulted England to 182-5, before being dismissed on the last ball of the innings. The 68-run stand between the two batsmen in the last four overs took England to a respectable total, a total which the Windies would have to be near perfect to chase down.

With 183 needed to win, the hosts needed to get off the mark quickly and there are few better equipped to deliver a fast start than Chris Gayle. The Jamaican opener was in fine form after a 27-ball knock of 77 in the last ODI between the two sides and would the biggest threat to England’s chances of winning the match. Having finished unbeaten on 13 with the bat, Willey carried momentum into his bowling and floated a dolly to Gayle, who mistimed and chipped the ball straight to Root at mid-off, who gobbled up the catch with ease. With the crowd silenced and the English players celebrating the wicket like they would a win, the Windies knew they’d lost the biggest weapon in their armoury and would need one of the experienced batsmen to step up and lead the team to a victory.

Unfortunately for the hosts, Chris Jordan was on unstoppable form and the Englishman tore through the Windies’ top and middle order, leaving the hosts 22-6 after 6 overs. The tail offered limited resistance but could not read the trickery of leg-spinner Rashid, who wrapped up the innings with two wickets in the space of two overs. Losing all ten wickets for 33 runs, the Windies finished on the embarrassing total of 45, giving England their highest ever run victory in T20 internationals.

2-0 up with 1 game to go, England wrapped up the series with a very convincing win in Saint Kitts against the reigning world champions. As for the Windies, there are huge question marks over whether the team can chase down totals without their talisman Gayle, who cannot be expected to get big scores in every match he plays. The last game in Bassetere will be a great opportunity for the players to prove their place in the team and send a statement before the World Cup that the Windies are not a one-man band.