A year ago, the New York Times published an article exposing Harvey Weinstein and beckoned in the advent of the #MeToo movement – and the world is still reeling. Actors have been exposed, comedians criticised and, in some cases, entire films and TV series completely recast.

#MeToo has exposed a long list of abuses and testimonies from men and women in every kind of job. From the long-distance driver who was raped by a colleague while trying to use the bathroom at a truck stop, to the waitresses groped by business leaders at a men-only fundraising dinner, to the Hollywood ingénues subjected to the grim reality of the casting couch, the lists of horrifying sexism in the workplace goes on. The cause of #MeToo has prompted outrage, and a new question has recently been the subject of discussion. Once you know an entertainer to have taken part in some of the action described, can you ever enjoy their content again? Should we continue to watch a series that became popular due to an abuser’s status? Can we watch old cult classics starring men now known to be abusive both before, after and during filming?

The most obvious example of this is House of Cards. The Netflix drama rose to popularity almost as soon as it hit the streaming site, and much was made of Kevin Spacey’s performance. So, when the star of the show was accused of multiple counts of sexual harassment and assault, Netflix took the, perhaps wise, decision to immediately distance themselves from their golden boy and give the reins to a capable Robin Wright, fresh off her performance in the critically hailed feminist Wonder Woman. This decision was met with a mixed bag of reactions, some felt that not cancelling the show gave Spacey a continued platform on Netflix, after all a final season means that Spacey’s previous work on the show won’t be taken off the site. People will still see his critically acclaimed performance and will most likely still in some way see the show as a way of separating his talent from his personal life. In fact, Netflix continued to use Kevin Spacey’s image while pushing the show on their site, it wasn’t switched to Robin Wright until after the trailer for the new series came out in October of this year. It also leaves a slight bad taste in the mouth that a show which explicitly showed women being killed and manipulated is now pushing to be seen as a beacon of female empowerment with their new lead. In some ways, in firing Spacey was Netflix just paying lip service to the #MeToo movement? 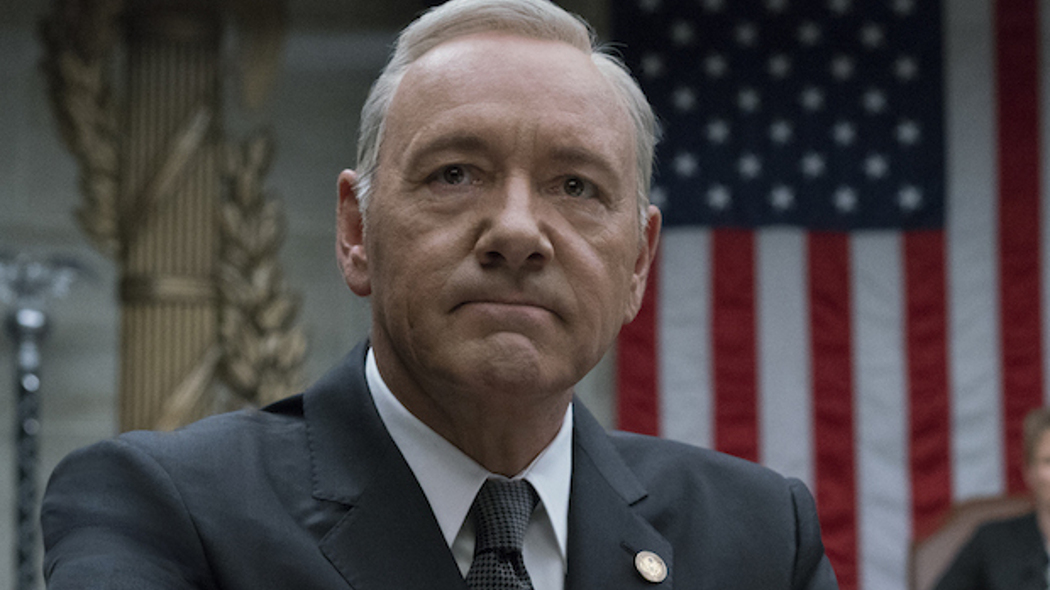 There were also some who saw the decision to continue with another series as a kind of victory. After all, the show focused heavily on Claire Underwood as well as her husband, and it isn’t unnatural to see her as the logical lead of the final season. Robin Wright taking over the lead role possibly proves that television show is bigger than the big-name male lead actor and that it doesn’t have to crumble without him. The cast and crew of the show are supremely talented and cancelling it on the basis of one man’s actions seems an unfair and unjust punishment for a show that employs many other people. The question of whether we can separate the art from the artist has been circled repeatedly as a consequence of the #MeToo movement, but how should we proceed when punishing one artist means everyone else involved suffers the repercussions?

It’s a complicated question. In some ways there is no viable way to get around that, as of this article, Kevin Spacey has not been found guilty of a crime in a court of law. While as people continue to come forward, it seems likely that soon that will change, it’s something worth pondering. There’s similarly no doubt that Spacey is a very talented actor, his performance in The Usual Suspects remains legendary and central to a brilliant film. However, Kevin Spacey did not direct, write or produce The Usual Suspects; in fact, at the time, he just appeared in it and it was Gabriel Byrne who drew the audience. Is it then fair that a brilliant film is swept under the carpet because of one of its lead actors?

Another question, far more introspective, is this: when we watch an actor should we be aware more of who they are in real life or the character they present? And is it possible to separate the two? There isn’t an easy answer. Obviously, an abuser should not be given a platform to continue to remain in the public view, Kevin Spacey and others like him should no longer be given a place in the entertainment industry. But the films he has already made, crucially alongside other people, are already out there. There is no putting the genie back in the bottle, for years Kevin Spacey was a leading man in Hollywood and a talented one at that. That doesn’t mean he hasn’t done terrible things; but because of his star power many people were able to create art, and that art should be enjoyed not for him but for the hundreds of other people who worked on those films.

#GRLPWR: Fighting for Feminism or Just a Fad?
Is Meghan Markle Bringing Modern-Day Activism to the Royal Family?