Feminist. It’s a word that carries a lot of weight, sparking vastly different reactions – from people calling it a ‘cancer’ to others swearing it has saved their lives. Throughout my life, I’ve both identified with and rejected notions of feminism in so many different ways. But it’s only now, as I approach my (gulp) twentieth birthday, that I feel I’m beginning to really understand what feminism really means.

I was a ‘bossy’, ‘know-it-all’ girl growing up. Loud, ambitious, and opinionated: traits that were scolded, mocked and driven out of me by the time I reached secondary school, but that may have been nurtured in a boy. Sadker and Zittleman (2009) found that when boys and girls raise their hands to answer questions in school, boys are called on more by a factor of at least 8, whereas girls are more likely to be corrected- we discourage girls from speaking from childhood. I didn’t recognise it at that age, identifying myself as a ‘tomboy’ and mocking ‘girly-girls’, but I was already on a road towards the internalised misogyny and repression of my ‘bossiness’ that I’m still trying to unlearn.

As a teenager, the world seemed to be pushing me towards falling in love with boys. Every book, every film and TV program aimed at girls seemed to have the same happy ending: true, heterosexual love, so I couldn’t imagine a future for myself that didn’t look like that. The ‘popular’ boys didn’t seem keen on feminism, so I laughed along at their sexist jokes, told them I ‘wasn’t like other girls’ and thoroughly rejected any feminist notion- as well as the fact that it was becoming increasingly obvious that I was a huge-flaming-lesbian.

I was 13 the first time I was sexually harassed by a man. Perhaps there’d been times before then; I have vague memories of strangers yelling things at me from across the street or older guys being creepy, but the first time I remember clearly, I was 13 and walking down a path near my house in the mid-morning. A man in a parked car called me over to ask for directions; we had a conversation about where the nearest Tesco was while he, naked from the waist down, masturbated. I, petrified and frozen to the spot, stammered out answers to his questions.

When I think about that experience now I’m angry, not just because of what he did, but because I felt so ashamed of myself. I felt dirty, embarrassed and stupid, like I should have known what would happen if I spoke to a man in a parked car or went for a walk on my own, like it was my fault for not preventing the assault which had made me less pure. As a feminist now, I wish someone had told me that it wasn’t my fault and that it wasn’t my life’s purpose to be ‘pure’, but at the time I kept it a shameful secret.

This kind of thing continued throughout my teenage years and I began to notice a pattern: I told my friends that a boy had hassled me for nudes and he said I was lying, I showed people screenshots and he said I’d edited them; his friends and several of mine believed him over me, time after time. I finally came out as gay to a mix of girls calling me names in the changing rooms, boys trying to involve me in their lesbian sex fantasies and an overall dismissal of my protests as an ‘angry dyke’. I began to use feminism in a way I never had before: to justify my righteous anger and to create an identity for myself free from men, where I could believe myself without shame even if no one else did. I learned feminist theory and it seemed to describe the patriarchal system that had dictated my life. 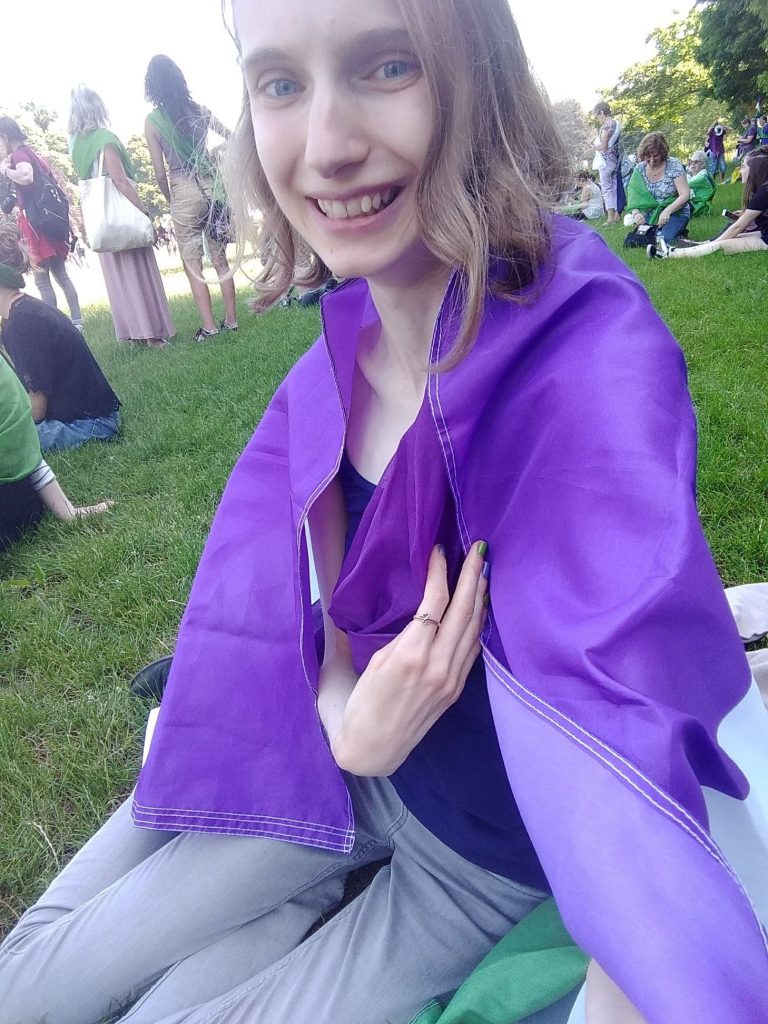 But I still had a way to go. Feminism is a belief in political, social and economic equality for everyone, regardless of gender. I knew that, but I still hadn’t fully realised what the everyone requires and involves. It’s only through listening to others that I‘ve begun to understand that the patriarchy affects different people in different ways. My experience as a gay, white British woman is one among many, and feminism means advocating for the equality of black women, women in the middle east, homeless women, migrant women, disabled women and trans women. It means understanding the way the patriarchy impacts men’s mental health and that feminism can help men too. It means understanding that not everyone identifies within the man-woman binary and that, as the patriarchy enforces the gender binary onto us, feminism needs to support people who transcend it. And I believe that this can only be done by listening, learning and developing empathy to be a better ally and advocate.

This is why I started the Feminist Society. I want it to be a place to share our experiences, learn about the experiences of others and then to take action and make a difference. Through discussion, friendship, art, learning and activism – I want to facilitate feminism both for other people and myself, and to build a community that can change the world.

The Feminist Society meets at 5 pm on Sundays in room 4I in the Students’ Union. You can join our Facebook group or find us on the SU website for more information.

THE FUTURE IS FEMALE: And It Rocks
Arvida Bystrӧm: The Pink Princess of the Feminist Art World