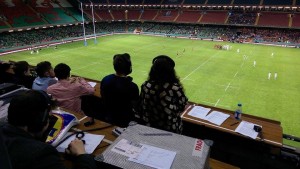 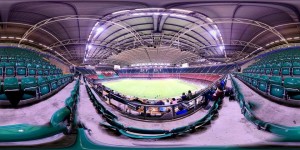 Cardiff is the centre of Welsh sport and you can catch Cardiff City and Cardiff Blues in action at a discounted rate for students.

The rugby autumn internationals kick off with Wales against Australia on the 8th November, followed by a fixture against Fiji on the 15th; tickets start from just £20 for the Fiji match. Wales also face New Zealand and they seek revenge against South Africa following their 31-30 defeat to the Springboks in June. The Millennium Stadium is a fortress regarded by many as one of the best rugby stadiums in the world. The atmosphere on match days is unlike any other in Britain, if not Europe.

Xpress Radio does live commentary from the Millennium Stadium every year as part of our extensive Welsh Varsity coverage, where Cardiff University take on Swansea University in over 20 different sports, culminating in a massive rugby game between the two rivals.

Cardiff Blues offer student season tickets for just £80, which includes all home games (even European matches!). Cardiff Blues have recruited well over summer, with star signing Gareth Anscombe expected to make a big impact upon his arrival in Wales. On their day the Blues can rival the best northern hemisphere teams, shown through their Heineken Cup win over French giants Toulon last October.

As well as watching professional sport, there are plenty of opportunities to take part in sport at Cardiff University . From trying a new sport to representing your country, Cardiff University’s Athletic Union accommodates all levels. All of Cardiff University’s sports clubs can be found here (http://www.cardiffstudents.com/activities/au/list/ )and it’s well worth attending the free taster sessions during the first few weeks of university.