The discourse on sexual assault has come to a peak in the past couple of years with the birth of the #MeToo movement in 2017. The ongoing controversy over Trump’s attitude towards women and consent, and the recent exposure of yet more predatory men in Hollywood such as Harvey Weinstein and Kevin Spacey fuelled this discourse and highlighted the issue even more. Now, American politics is being shaken up by a sexual assault claim that is set to make history – a claim against the now Associate Justice of the Supreme Court, Brett Kavanaugh, who until 7th October 2018 was only the nominee. The situation is more than a little reminiscent of the Anita Hill and Clarence Thomas case in the 1990s, himself a Supreme Court nominee who was confirmed to Associate Justice despite the sexual harassment allegations against him.

On September 16 2018, the Washington Post made public an accusation by Dr. Christine Blasey Ford against Trump’s new Supreme Court nominee Brett Kavanaugh. It detailed “a physical and sexual assault” made on her during the 1980’s by Kavanaugh, while his friend Mark Judge was present, which occurred when they were all at high school in Maryland. In the original letter that Ford wrote to her senator, in confidence on 30th July 2018, she stated that she felt “guilty and compelled as a citizen” to say something about her experience, despite the pain she felt in having to relive it. 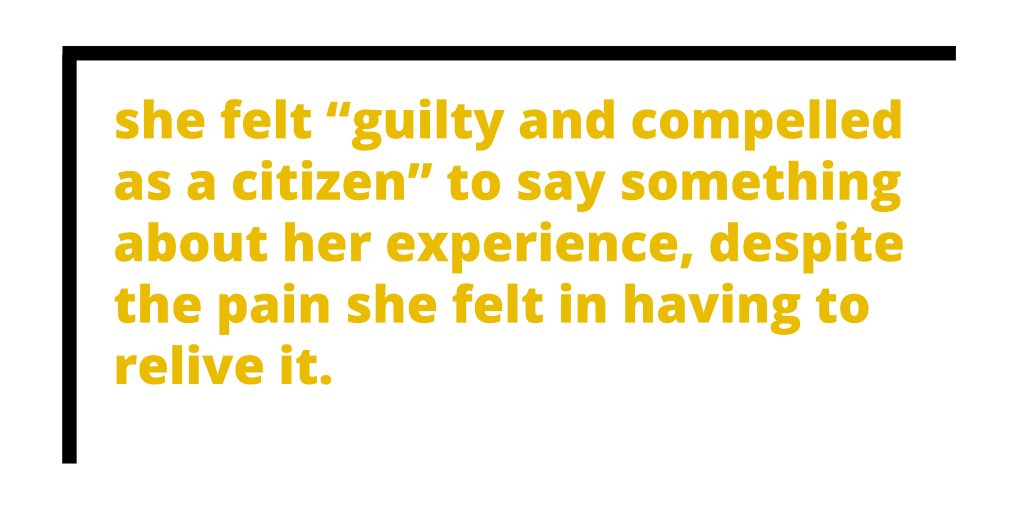 Firstly, who is Brett Kavanaugh? He is a 53-year-old long-serving judge and the former clerk of Justice Anthony Kennedy, who he has replaced in the Supreme Court. As a popular Republican choice with particularly conservative views on potent issues such as abortion, he is causing anxiety amongst the Democrats that issues such as LGBT+ rights, women’s reproductive rights and healthcare may be at risk under his influence.

Kavanaugh is not just being accused by one woman, but three. Two days after Ford’s accusation was published a woman called Deborah Ramiraz came forward accusing Kavanaugh of further sexual misconduct, this time while he was at Yale, which she attended with him. Kavanaugh published statements denying both claims. Later, on 26th September, a third woman came forward. Julie Swetnick stated that during college Kavanaugh targeted girls for sexual assault, further alleging that he and his friends would spike girls’ drinks with drugs and that he was in attendance when she was gang raped at a party. This is something that she seemed to suggest happened with some regularity in the social climate at Yale, stating that “[t]hey [the men] would line up outside rooms at many of these parties waiting for their ‘turn’ with a girl inside the room”. However, in an MSNBC interview on 1st October Swetnick appeared to go back on the severity of these allegations, damaging the credibility of her testimony. Ford’s statement, on the other hand, has been found to be supported to a certain extent by details appearing in Mark Judge’s book, where he describes what he was doing in the summer of 1982, which is when the assault allegedly occurred. Combing Kavanaugh’s calendar for that year, which was initially brought out as contradicting evidence, Ford’s timeline and Judge’s book, it is possible to narrow down the date of when Ford claims she was assaulted.

Ford’s story has resonated with many. Senator Cory Booker said to Ford during the hearing that there are “people watching your testimony right now […] People in tears, feeling pain and anguish – not just feeling your pain, but feeling their own – who have not come forward”. He called her strength in relaying her experience “nothing short of heroic”. Yet despite many praising her, when speaking to reporters on October 2, Trump stated that it is currently a “very scary time for young men in America […] now you’re guilty until proven innocent”, saying that by contrast it’s a “great time for women”. Trump’s continuing endorsement of Kavanaugh and his dismissal of Ford’s claims is unsurprising, considering that the President faced allegations of sexual misconduct from no less than 18 women while he was running his 2016 campaign. Negative sentiments against Ford are not just expressed by Trump, however, but by many members of the public who are sceptical of her motives for suddenly coming forward. On browsing YouTube comments on videos of Ford’s testimony, I found that most of them were on Kavanaugh’s side. They analysed Ford’s every action: her voice, her facial expressions, perceived poor acting and the fact that it has taken her 30 years to come forward with her story. For her claim to be believed, everything about her behaviour must be perfect; yet Kavanaugh’s testimony, where he is forceful and becomes almost hysterical, is left uncriticised. 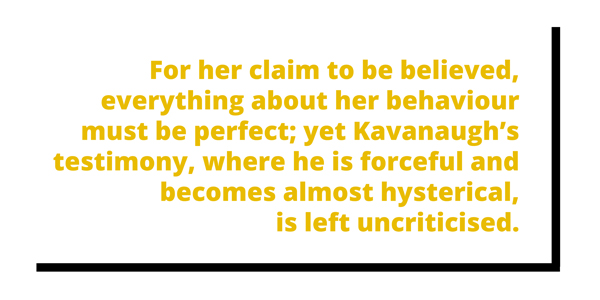 Although Trump stated that it is “not acceptable” for the Supreme Court nominee to lie in testimony, Kavanaugh has been confirmed as Associate Justice of the Supreme Court and has come out of this ordeal reasonably unscathed. After all, Dr Ford is just one woman against a Judiciary Committee which is largely composed of ageing, conservative white men. In a world where a fictional President, Kevin Spacey in House of Cards, has suffered the repercussions of his misconduct more severely than the actual President, justice for Ford seems unlikely. An FBI investigation is now taking place to follow up Ford’s allegations, but it is suspected that the White House administration is taking steps to control the focus of the probe, with elements such as Kavanaugh’s history with drinking being ignored completely. Furthermore, Ford’s legal team have suggested that the FBI is not planning to interview Ford or Kavanaugh directly during their investigation. The only hope now for justice against Kavanaugh is a possible impeachment for lying under oath, which will only become a possibility if the Democrats win back the House.

Perhaps the current situation with Kavanaugh isn’t all doom and gloom. In 1991, when Anita Hill came forward with sexual harassment claims against Clarence Thomas, awareness of sexual harassment in the workplace increased considerably, and by as early as 1996 sexual harassment cases had almost doubled. That is not to say that more incidents were occurring, but that Hill’s courage in coming forward so publicly with her story showed a generation of women that it was okay to talk about their experiences and to hold their harassers accountable for their actions. In this way, perhaps Dr Ford will bring strength to another generation of sexual harassment and assault survivors and show them that it is never too late to speak up, share your story and to heal. 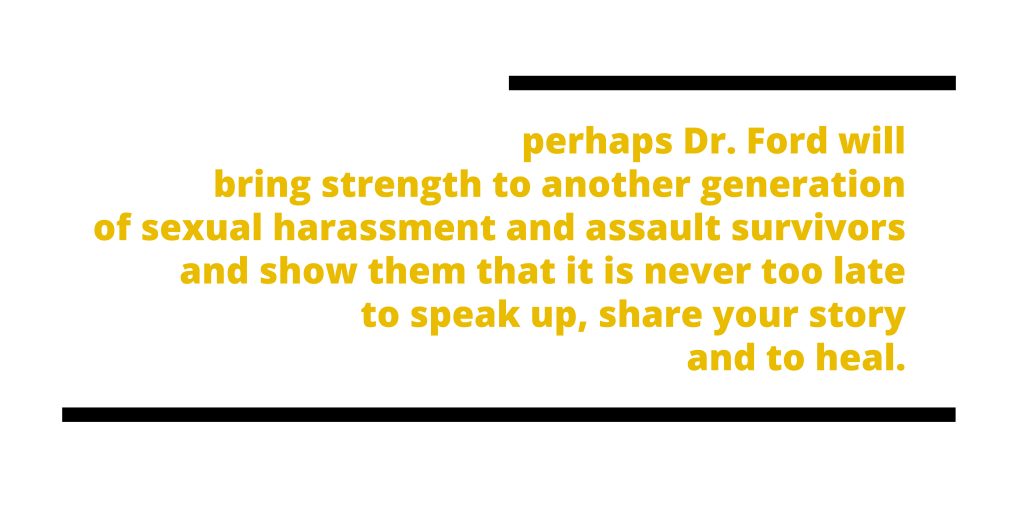 WHITE FEMINISM: The Growing Threat to the Feminist Movement
Review: The Guilty Feminist