The #MeToo movement in Hollywood started a wave; it shook the industry and brought justice to survivors who had been secretly battling with the trauma for years. It was a revolution as women stood together in solidarity, against years of misogyny that bogged them down and kept them quiet for too long. It was evident that this wave was here to stay and would only gain strength with every new story. Watching all this in awe, I wondered, would I ever see such a movement in India, specifically in Bollywood?

Bollywood has always been a massive influence, not only for those in India, but for millions of Indians all around the world as well. We grew up dancing to the catchy songs, imitating the corny dialogues and wearing the colourful outfits. However, as I grew older I began to see the disturbing level of sexism present in the films I admired for so many years. And, more recently, the #MeToo wave that I had anticipated would hit Bollywood, finally did and I became aware of the blatant sexism that has long existed within the industry as well when Tanushree Dutta spoke about how she was harassed by senior actor Nana Patekar 10 years ago.

Fresh from winning the title of Miss India, 24-year-old Dutta had a bright future ahead of her until the dark day of March 26th changed her life forever. Tanushree had signed a contract to perform a song for a movie titled ‘Horn Ok Please’ starring Nana Patekar, who was 57 at the time. During the shooting of the song, Patekar was around when he wasn’t even supposed to be, he had no role in the song besides one line which Tanushree was promised would be shot separately. His vibe was intimidating and he kept staring at her the entire time. He then came closer to her and told the choreographers to back off and let him take over. He pushed her around, grabbed her by the waist and made her feel extremely uncomfortable. Finally, having had enough, Tanushree went to speak to the director, producer and the choreographer. She told them that his behaviour was crossing all lines, to which they assured her that they would deal with it. 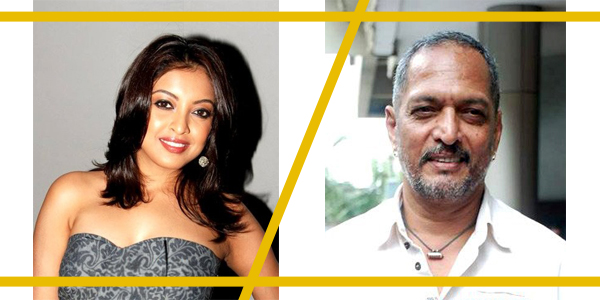 Matters worsened soon after as she was called back on set and told that Nana Patekar convinced these men to have an intimate dance step added to the song, which she had never previously agreed to. So, instead of them listening to her complaint and taking action, they decided to meet Patekar’s demands. The step involved him feeling her up and, hearing this, she immediately called her parents and her manager. After discussions took place between her dad and the makers of the film, nothing changed, they were adamant on her performing this step and threatened to call the media if she did not agree. Soon after, while Tanushree and her parents got into their car to leave, they were attacked by a mob of protestors who were part of a political party called Manse. Nana Patekar had recently become a part of the party and once they found out that she had ‘disrespected’ him, they came to his support. Men were jumping on top of the car, there was someone breaking the windows and if the police had not appeared on the scene soon enough, Tanushree and her parents would have been seriously injured.

Tanushree did everything she could to get justice – filed police complaints, spoke to the Cine and TV Artists Association (CINTA), but nothing happened. With the trauma still fresh in her mind, she left India and Bollywood for good and moved to America.

10 years later, in 2018, her story resurfaced. She gave interviews going through the events once again, but this time people were listening. Other Bollywood actresses began coming forward to show their support and now after over a week of headlines and debates, an official FIR has been filed against Nana Patekar and the makers of the film. Justice is finally being served. However, as incredible as this is, I can’t help but feel enraged. Tanushree spent 10 years dealing with the trauma of what happened, a promising career vanished before her eyes and she went on a spiritual path of healing. Meanwhile, Nana Patekar enjoyed years of fame, still sitting in the powerful position he held. What is most frustrating is the complicity of the most influential names in Bollywood who could have made a world of a difference with the power they held; however, instead of taking a stand and making the working environment safer for their female counterparts, they sat quiet and allowed this to continue. This made me wonder, what if they are quiet because they have secrets to hide themselves. Tanushree herself stated in her recent interviews that some of the biggest predators are still sitting in their thrones and no one has been able to take them down yet. The biggest names in the industry use feminism as a marketing strategy to sell their films but when it comes to actually standing by a woman whose personal space has been violated by one of their peers, they decide that they cannot be involved in matters that do not concern them. What is so sacred about their boys’ club that they must protect it at all costs, even when somebody’s life has been destroyed by their toxicity? 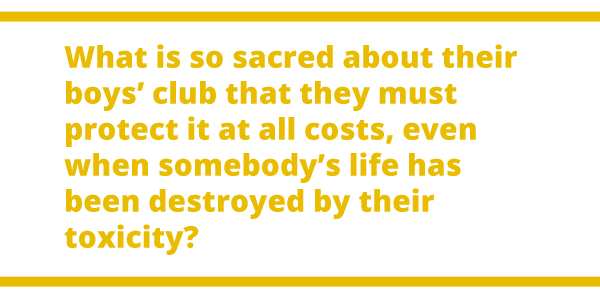 In the past week, social media has been exploding with the hashtag #MeToo and, as an Indian woman, this fills me with immense pride. I feel like the voices that have been bellowing for decades about how they have been wronged and shunned have finally been given a platform. But the question I ask is, what next? Bollywood is known for its deep-rooted nepotism – the big dogs in the industry are all descendants of legendary actors, and they control who comes into the film fraternity and can isolate those who dare to challenge them. Because of this system, it is very easy for cases of workplace harassment to get swept under the rug. What’s worse, a lot of the time women choose to stay silent on these matters, knowing that if they speak a word against their predator, they will join the disturbing list of actresses whose careers ‘mysteriously’ slowed down once a scandal broke the news.

There are not enough independent bodies in the entertainment industry that oversee workplace behaviour. And those that exist don’t do their jobs well – in the case of Tanushree Dutta, CINTA did nothing to back her up and make her feel safe. There need to be organisations that are vigilant when it comes to workplace safety. The film industry may be different from corporate industries but it is still a business and has to be run like one, there has to be a set of boundaries that should be followed at all costs and those who cross them must be penalised.

After everything I have heard this week about the actors I looked up to either turning out to be villains or protecting those who were, I am disappointed, disturbed and furious. Most of all, my eyes have opened to the reality that women are alone in this fight and they have been for years. With the #MeToo movement causing a storm in India, I hope that one day a woman won’t have to make that tough decision between her flourishing career and her self-worth.

Review: The Guilty Feminist
Women in Rock: ‘The Cool Girls’ Are Turning Feminist