Being a woman is not easy. We hear and experience it again and again: it’s a man’s world. Believe it or not, even the world of music, which should, in theory, promote equality, can be pretty misogynistic. This is particularly true when it comes to hard rock and metal, two genres traditionally regarded as ‘masculine’. Rock music has had a problem with sexism since its early days: with bands like Led Zeppelin and AC/DC shaping and dominating the industry, the idea of a hard rock or metal band that didn’t have staggering levels of testosterone seemed simply out of this world. Why would a woman want to play a genre that is the epitome of (often toxic) masculinity? And yet, rock and metal have cultural challenge and the subversion of the status quo at their core, which usually also includes a disregard for gender roles. It is precisely this contradiction that makes it a challenge to be a woman in rock, even more so if you’re also a feminist.

However, in the last few years, many female-fronted bands have consistently remained at the top of the charts, paving the way for a radical change in the rock and metal music landscape. Three famous female-fronted metal bands are currently co-headlining a tour across the U.S.: Halestorm, In This Moment, and New Years Day came together to create a unique experience which hopes to bring some much-needed change to the heavy music scene. Lzzy Hale, lead singer and guitarist from Halestorm, jokingly described the tour as a chance to spend time with “her girls” (namely Maria Brink from In This Moment and Ash Costello from New Years Day), but there’s more to that: 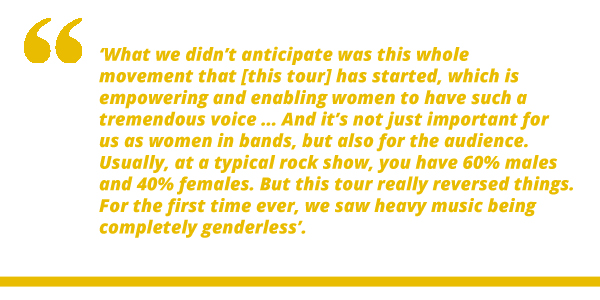 And yet, Lzzy admits that she often experiences the consequences of a male-dominated landscape when on tour: 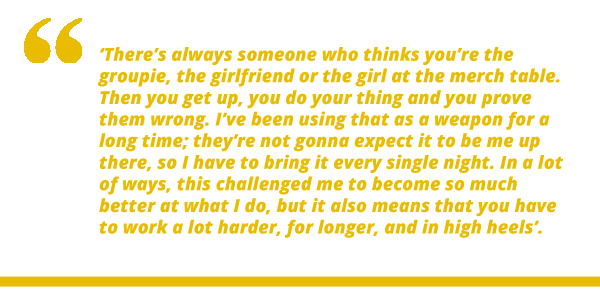 Lzzy is a proud feminist, and she communicates this through her music: beginning from the emotional ballads Dear Daughter and Bad Girls World (2015), to the latest Halestorm record (released in July). In it, she sings about sex as a key part of her life and her new level of confidence is evident. Do Not Disturb tells the story of a threesome and, Lzzy said in an interview, was particularly liberating to write: ‘I like to come from a position of power with sex. Sex is part of who I am, and this is one of those things where if I’m going to own it, I’m going to own it’.

Maria Brink is also a feminist, regularly breaking conventions on the stage and stirring controversy. This was particularly the case with In This Moment’s most popular hit, Whore, which challenges male dominance: ‘It is about taking the power from a degrading word and turning it back around on the accuser. It’s about self-empowerment, love and liberation’, the singer said in an interview. She even transformed the title into a feminist acronym: Women Honoring One Another Rising Eternally. 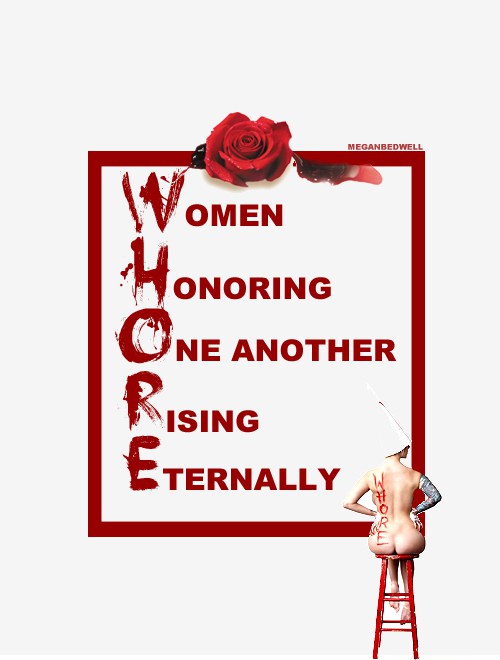 Another artist who makes fun of social convention is Taylor Momsen from The Pretty Reckless. Quite interestingly, she doesn’t call herself a feminist and doesn’t see the gender gap in the industry. Although her outfits are now tamer and she’s embracing a more masculine style, over the past few years she faced criticism for allegedly objectifying her body in the Going To Hell album cycle, where she was completely naked more often than not. Although many of The Pretty Reckless’ songs are empowering for women, it comes naturally to ask whether such an emphasis on sex and the body completely misses the mark with respect to female empowerment. Is it breaking conventions or just giving in to the patriarchy even more? Where is the line between owning your body and internalised sexism?

There cannot be a definitive answer to these questions, but one thing is certain: all these artists are breaking the stereotype of ‘the cool girl’ that still permeates the world of rock music. The cool girl never gets angry; she lets men do whatever they want and she’s constantly afraid of being labelled a ‘poser’ or a ‘fangirl’. That’s why she lives within a tight set of boundaries: she negates her femininity at rock shows and knows which bands she’s allowed to like in order to be credible. If she fails, everybody else will think that she got into heavy music because it’s trendy. I relate to this on a personal level as someone who listens to rock and metal on a daily basis. When I say I prefer heavy music, the majority of people just laugh at me, because ‘they would never expect it from me’. Of course, I look cute and innocent, your typical good girl; I’d probably be better off listening to Britney Spears and Sugar Babes instead of head-banging my days away to Halestorm, Royal Blood or what have you. Whether you’re a female rockstar, a fan or both, it’s a tough world. And this is why we need more artists like Lzzy Hale, Maria Brink and Taylor Momsen. They are slowly but surely erasing gender from the world of rock music, teaching us that it’s not so much about being the ‘right’ kind of feminist or being ‘cool’, but rather about being unapologetically yourself.

Has #MeToo finally reached Bollywood?
Should The Lyrics We Listen To Be Clean of Misogyny?