Following the theme of “Stories”, we at Q3 wanted to give space to less traditional means of storytelling as one of our objectives for this issue. The first medium we are giving our attention to is graphic novels or comic books or just comics (however you want to call them), as two of us are very passionate about them. Below, I will give 5 of my personal recommendations, considering their personal value and historical impact. Also, no superhero comics allowed!

Jean Giraud (or Moebius, his pen-name) is one of the most lauded BD (bande dessinées, the Belgian-French tradition of comic books) artists of all time, with Arzarch being one of his most influential works. Created with the intention of changing the graphic novel paradigm of the 70’s, which was basically restricted to superheroes in the US and teenager-oriented stories in Europe, Arzarch is entirely wordless. It follows the title character, flying on top of a pterodactyl through increasingly fantastical and dream-like sceneries, without action scenes or any mention of drama.

Instead, the reader is left to wonder about the stories behind the scenes they see and wander through Moebius’ drawings. In place of traditional themes of good vs. evil of the graphic medium, the lack of an obvious story leads the reader to reflect on the images themselves and to think about more wordless “truths”. This is a comic that had a considerable effect on the graphic novel industry, by changing the way the authors think about their works, as well as showing that comic books were for adults as well. Many artists, such as Mike Mignola (Hellboy) and Hayao Miyazaki (Studio Ghibli) name Moebius and specifically Arzarch as having a big impact on their perspectives. 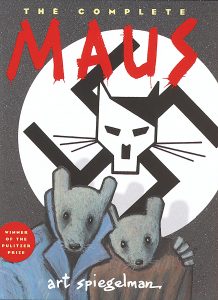 Art Spielgelman’s magnum opus is an almost obligatory entry on any graphic novel recommendation list, and for good reason. One of the them being that it had a considerable impact in putting graphic novels on the map, together with V for Vendetta and Dark Knight Returns. The reason for this is that it recounts the life of Vladek, Art’s father, as a Polish Jew in Europe and his experience with the Holocaust. At the same time, it also shows Art’s own struggles in the US as well as his troubled relationship with Vladek. At a time where comics were mostly seen as vapid entertainment, the use of the medium to represent non-fiction was groundbreaking.

Another aspect that was revolutionary was the use of animals to represent people: the Jews are mice, while the Germans are cats. While these representations can be seen as troublesome, as they rely on certain generalisations, the intended effect is to put the ridiculousness of separating people by ethnicity as evident. For these reasons, Maus remains an impactful exploration of not only the Holocaust, but also our own relation to our past and the forced barrier we create between people. 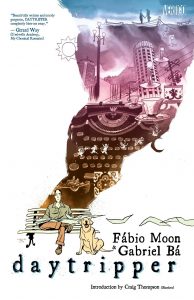 Written and drawn by Brazilian twins, Fábio Moon and Gabriel Bá, who also is one of the artists behind Umbrella Academy, Daytripper is widely seen as one of the most imaginative graphic novels to be published in the 2010’s. I will spoil the story here, slightly, as it is needed to be able to talk about it. But, that should not impede you from enjoying it, as Daytripper is impactful not through plot twists, but through its themes.

The first chapter shows Brás de Oliva Domingos, our protagonist, reflecting on his own life as an obituary writer, while his father is about to win a National prize as a writer. At the end of the chapter, Brás dies, at 32, because he was in the wrong place, at the wrong time. In the following chapter, Brás is 21 and on a trip with his best friend, Jorge. At the end of the second chapter, Brás dies again. And so on, with each chapter showing Brás at different points of his life, without an overarching story, except his own life history. With this reflective outlook, the novel forces the reader to look at their own lives, mortality, and desires, while thinking: I can die at any point in my life, might as well make the most out of it. 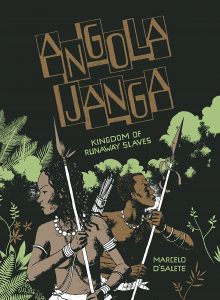 Another Brazilian graphic novel, Angola Janga has more similarities with Maus than Daytripper: it is a historic exploration of a violent time. Instead of the Holocaust, Marcelo D’Salete looks at the colonial period in Brazil, specifically the community of Palmares, a collection of settlements of escaped slaves in the Northeast of Brazil. The massive book, almost 500 pages long, was recently released internationally, winning an Eisner Award in the US (basically, the Oscar of comic books). Its impact comes from a masterful creation of pages, with a realistic style. Not very wordy, but also not completely wordless as Arzarch, Salete relies on images to tell a complex story, without undervaluing his readers. Many of the traditional elements of graphic storytelling are missing, such as a clear indication of flashbacks and setting up angles. As such, the author invites the reader to pay close attention to the images in front of their eyes. With this, Angola Janga is thoroughly immersive in its approach, creating a sense of the story (and history) being seen in front of our eyes. 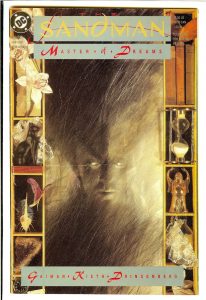 Last but not least, we have The Sandman (which will soon be made into a TV series by Netflix). Differently from the above, it is a long- running series, with 75 standard issues (32 pages). Here, we could argue about the definition of a graphic novel or a comic book and how maybe I should not talk about such a long-running series on this list, but instead, I want to bring your attention to the book(s) itself. The Sandman, written by Neil Gaiman, is a major turning point not only to the comic format, but also for the fantasy genre more broadly.

The story starts with a cult trying to capture Death, in order to become immortal. By mistake, they instead imprison Dream, or Morpheus, and people lose the ability to dream until he escapes. From then on, Dream has to rebuild his kingdom, as well as solving any issues that have arisen since his disappearance. From the beginning, Sandman asks big questions: what does it mean to dream and how does that affect us? These only get more complex with time, as we meet Dream’s sister, Death, for example, and reflect on its nature. At the same time, many of the stories focus on a couple of characters at a time, giving a clear emotional anchor.

And that is not to speak of its metalinguistic nature, exploring the relation between dreams and stories. Throughout the series, one of Dream’s friends is Shakespeare himself, and on the last issue, the legendary author writes The Tempest for Dream. Finally, the impact it has had on the production side of art creation is astounding. To prove that, I will leave you with a quote by Nick Offerman (Ron Swanson in Parks & Rec) when asked if he was a fan of Sandman: “Fan is way too weak. Disciple. Neil Gaiman shaped the artistic lives of me and many of my peers with that masterwork”.