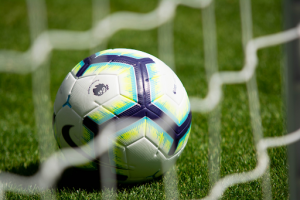 Manchester United kicked off on a bright note with a home win over Leicester but a loss away to Brighton and a defeat at home to Spurs highlighted frailties in the heart of the back four. A draw at home to Wolves, an exit from the EFL cup at the hands of Derby County and a 3-1 loss to struggling West Ham made it United’s joint worst start to a season since the start of David Moyes’ reign in 2013/2014. Pressure for Mourinho to step down as manager reached an unprecedented high but a victorious comeback from two goals down against Newcastle last week could signal the start of a turnaround in the club’s form.

With a summer spending of just over £170 million and having reached the Champions League final last year, Liverpool were the team tipped to challenge reigning champions Manchester City for the Premier League title. Despite playing Manchester City, Chelsea and Spurs in their first 8 games of the EPL, Liverpool are not only unbeaten but have also kept the joint most clean sheets and conceded the joint least number of goals, proving they have shored up their defence, an area that has been their kryptonite in recent years. This major improvement means Liverpool are on track to be title contenders this year.

A few months after being the first team in the history of the EPL to finish a season with 100 points and having paid the club’s record fee for winger Riyad Mahrez, Manchester City started the season as everyone expected. A comfortable away win to the expense of Arsenal and a 6-1 battering of Huddersfield Town showed that Pep Guardiola’s players would pick up where they left off. However, a draw away from home to Wolverhampton Wanderers meant Manchester City dropped their first points in just the third week of the season, casting doubts on whether they could replicate the domination and success of last season, but normal order was restored with four convincing victories in a row.

Having constructed a title challenge with Napoli in the Italian league, Maurizio Sarri took over from Antonio Conte as Chelsea Manager. By opening the season with five wins on the trot, Sarri joined an elite group of only four managers ever to win their first five games in their debut EPL season. Knocking Liverpool out of the EFL Cup and achieving back to back wins in the Europa League means Chelsea are the only team in the EPL yet to lose a match in all competitions, making them real contenders to win the Premier League.

After an emotional end to twenty years in charge of Arsenal, Arsene Wenger made way for Unai Emery, a man who’s won four trophies in two years with Paris Saint-Germain. Losses to Manchester City and Chelsea in their first two games meant that Arsenal sat joint bottom of the table with zero points, but Emery’s players were quick to find form with an unbroken win streak extending to nine matches across all their domestic and European ties.

Despite being the first club ever since the introduction of the transfer window in 2003 not to sign a single player in a summer transfer window, Spurs’ started the season with three wins on the bounce including the thrashing of Manchester United at Old Trafford. However, injuries to key players such as Lloris and Eriksen and defeats to Watford and Liverpool highlighted the need for more squad depth. Losses to Inter Milan and Barcelona means Pochettino’s side sits at the bottom of their Champions’ League group but a trio of consecutive victories in the EPL could indicate a comeback with 30 games still to play.

Eight games into the season and Chelsea, Manchester City and Liverpool are on top of the league with 20 points out of a possible 24. Liverpool, who have had the tougher run of games, will be the happier of the bunch, with Chelsea and Manchester City still having to play more of the ‘top 6’ in the coming months. With the table’s top three or four teams only a few points apart, it promises to be a long, close and tense title race.