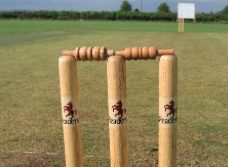 Having beaten Sri Lanka 3-1 in the ODI series, England approached the Test series full of confidence. Side-lined by an ankle injury, Jonny Bairstow was replaced by Ben Foakes, for what would be his maiden Test cap. Following the retirement of Alistair Cook, Rory Burns was also given a maiden test cap and tasked with opening the batting and was called straight into action by the skipper Joe Root, who won the toss and elected to bat.

England’s first innings started poorly, with Lakmal picking up two wickets in the 3rd over of the match, sending Burns and Moeen Ali back to the pavilion. Keaton Jennings and Joe Root tried to rebuild the innings but were dismissed before reaching half-centuries, and the wicket of Ben Stokes brought debutant Foakes to the crease at 103-5. Despite a few shaky overs, Foakes grew in confidence and reached his first ever test century on his debut. 50+ partnerships with Buttler, Curran and Rashid helped Foakes take England to 342, before being dismissed.

Sri Lanka’s poor batting form continued as they collapsed to 40-4 after only 16 overs. Thanks to an 8-wicket haul by England’s spinners Rashid, Ali and Leach, and despite a solo Angelo Matthews’ knock of 52, Sri Lanka were bundled out for 203. England’s second innings began much better than their first, with Burns and Jennings taking England to 60 for no loss. However, a trio of wickets in short succession by the Sri Lankan spinners rocked the English to 74-3, but a brilliant knock of 146* from Jennings and 62 from Ben Stokes helped England recover to 319-6 before declaring and setting the Sri Lankans 461 runs to win.

Unfortunately for Sri Lanka, England’s bowlers picked up where they left off, with the three spinners claiming another 8 wickets. Unlike the Sri Lankan first innings, all the established batsmen got themselves settled at the crease, but poor shots and decision making meant they couldn’t capitalise and extend their thirties into hundreds. As a result, they were bowled out for 250, meaning England won the test by 211 runs. Having picked up 8 wickets in this match alone, Moeen Ali was a clear contender for Man of the Match, but Foakes’ debut century when England were in a hole in the first innings was deemed to be more of a match winning performance.

The first test match in England’s tour of Sri Lanka ended in a comprehensive victory for the visitors, albeit thanks to some poor batting by the hosts. With two more tests to be played, the Sri Lankans have plenty of time to turn it around, but it would seem England would have to play extremely badly to throw away the 1-0 lead.