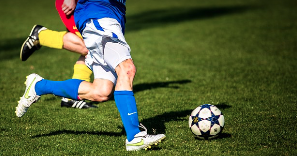 With a victory away from home to Spurs, Manchester City joined Liverpool at the top of the league
with 26 points after week 10. Chelsea sat on 3 rd with 24 points, followed closely behind by Arsenal
and Tottenham on 22 and 21 points respectively. At the bottom of the table, Newcastle and
Huddersfield were on 3 points and were yet to win a game in the league this season, but how does
the table look after week 11?

The first game of week 11 involved 8 th place Manchester United travelling to 6 th place Bournemouth,
with both teams unbeaten in their last three games. Eddie Howe’s men got off to a dream start with
Callum Wilson netting from close range, but a Martial equalizer before halftime and a 92 nd minute
winner courtesy of Marcus Rashford meant the Red Devils left with all three points and leapfrogged
Watford into seventh.

Having walked over Huddersfield Town in week 10, Watford travelled to St James’ Park to play a
struggling Newcastle, with experts predicting a comfortable Watford win. The game started as
expected with Watford having more of the ball, but Newcastle were the one to break the deadlock
with Ayoze Perez getting in front of his marker to flick it home and upset the odds, giving the
Magpies their first win of the season.

Following the tragic loss of their chairman Vichai Srivaddhanaprabha in a freak helicopter crash,
Leicester City travelled to relegation favourites Cardiff, where the only goal of the match was by
Leicester’s Demarai Gray, a goal which sparked emotional celebrations when he removed his shirt to
display a message saying ‘For Khun Vichai’. Spurs travelled to Molineux to play Wolverhampton
Wolves and got off to an excellent start with a trio of goals coming before half time. However, a
flurry of back to back second half penalties meant Wolves clawed back to only one behind and
looked set for an equaliser but Spurs just about managed to keep out the Wanderers and win 3-2. In
East London, a brace by Felipe Anderson took West Ham to victory as they defeated Burnley 4-2. The
victory took the Hammers to 13 th and could be the victory that signals the start of a winning run.
Meanwhile in Merseyside, a Richarlison brace and a stunner from Seamus Coleman led Everton to a
3-1 victory over Brighton.

The sixth game of the day was the marquee matchup of the weekend, with unbeaten Liverpool
taking on an Arsenal side with 7 wins in their last 8 games. Arsenal used their home crowd to their
advantage as they had chance after chance in the first half, but also had to ride their luck with
Liverpool having a goal wrongly disallowed for offside. Jurgen Klopp’s players improved in the
second half with James Milner finding the bottom corner with a strike from the edge of the box, but
Alexandre Lacazette rescued a point for the Gunners with a curled finish beating the outstretched
Alisson in the Liverpool net.

Sunday began with Manchester City ruthlessly dispatching a poor Southampton side 6-1 thanks to a
Man of the Match display by Raheem Sterling, grabbing two goals and two assists. Chelsea
welcomed Crystal Palace at Stamford Bridge and took an early lead thanks to Alvaro Morata but a
53 rd minute goal by Townsend drew the Eagles level. Sarri brought on Eden Hazard shortly after, and
only a minute after he was introduced, the Belgian set up Morata up for his second of the game.
Despite Palace attacking in the latter stages of the game, Chelsea were able to hang on and Pedro
fired home late in the game to seal the victory for the Blues.

Following Newcastle’s victory over Watford on Saturday, Fulham joined relegation rivals
Huddersfield in the drop zone shaping the game between the two into a crunch six pointer. Experts
forecasted an unenjoyable game for the neutral, with Huddersfield having only scored four goals in
the league and Fulham yet to keep a clean sheet this season, and the experts were proven right.
With a total of only three shots on target, the game was far from extraordinary, but Huddersfield
finally scored their very first goal at home this season when Schindler’s shot unluckily deflected off
Fulham’s defender Fosu Mensah and into the back of the net. David Wagner’s men managed to hold
on and win 1-0, taking them off the bottom of the table and up into 18 th but meant Fulham were
forced down into 20 th place.

The results of gameweek 11 saw 33 goals and meant 13 teams moved places in the table, more
noticeably with Chelsea overtaking Liverpool to 2 nd , Spurs passing Arsenal to claim 4 th , Newcastle
escaping the drop zone for the first time this season and Cardiff City replacing them in 19 th place.
Manchester City now have a two-point lead at the top, the largest gap they have managed this
season, cementing their place in the title race and proving once again that they are the team to beat.