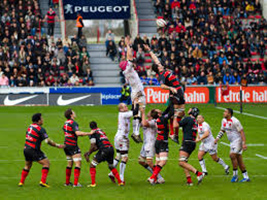 It’s difficult to review the Welsh international rugby team’s autumn series through anything other than a positive lens. The team has never managed to achieve a clean sweep in the autumn due to their struggles against the southern hemisphere teams, who boast impressively strong sides at the worst of times. However, not only did they overcome Australia and South Africa to complete their first autumn without a loss, they also finished the year with only two losses which came at the hands of Ireland and England in the six nations.

Against Scotland the team looked as solid in defence as always and in attack they managed to continue the type of expansive play we have started to see emerge from Six Nations. George North looked back at his best and Jonatan Davies ran excellent lines all game, leading to a try of his own. The defensive efforts culminated in the final minutes of the game when they didn’t concede any points despite Elliot Dee’s 10 minutes in the sin-bin

Then onto the Australians. Though by no means an easy game, The Scots were unable to field a full-strength side, missing Finn Russell, Greig Laidlaw and Stuart Hogg, so most fans expected the Wallabies to pose a significantly greater threat. Rightly so when you consider the Australians had won every game against Gatland’s men since 2009. The defensive effort from the whole team was particularly impressive in the close fought 9-6 victory, with relatively new player Josh Adams having a particularly good showing. In this game it really came down to the kickers. Despite Leigh Halfpenny missing two penalties, unexpected given his usually faultless kicking, Wales were able to overcome the odds with Dan Biggar stepping up to score the winner.

The Tongans were next, giving Warren Gatland the opportunity to rest some of the players who started against the Wallabies but 14 changes from the side that won the previous week was certainly more than I expected. I must admit I was a little bit concerned when they lost a 21-point lead in the final 10 minutes of the first half especially given the way the Welshmen had defended in the previous 2 weeks. Fortunately, they were able to come back with a vengeance in the second half with a beautifully placed kick by Dan Biggar to Steph Evans restoring the lead 5 minutes into the half. What followed that was one of the most convincing attacking performances from a Welsh side that I can remember. Tries from Tomos Williams, Tyler Morgan, Cory Hill, Aled Davies, Rhys Patchell and Liam Williams meant the game ended 74-24 with the Pacific Island team convincingly beaten.

The final game was another difficult one. The Springboks. Although in recent years they haven’t been quite the same threat as the All blacks or the Australians they have remained a difficult side for wales to beat and had beaten the New Zealanders in September. The game started well with Tomas Francis crashing over for his first Wales try just before the 10-minute mark. Liam Williams extended the lead with a second try before Gareth Anscombe rounded the score up to 14 with his second conversion. The South Africans scored a well worked try in the second half through outside centre Jesse Kriel and despite missing the conversion got back within 3 points. Once again the Welsh team looked to Dan Biggar to help close out a close game and after coming on for the last quarter, he continually put pressure on the Springboks and kicked a further 6 points to guarantee the team a safe win.

This is the kind of form we haven’t seen from a Welsh side for a while now and in the lead up to a World Cup year it is looking good for Warren Gatland’s men. The squad has developed a strength in depth that we have arguably lacked in the past, let us not forget the 9 injuries in the lead up to and during the 2015 World Cup. Not only are the first team players such as Jonathan Davies and Leigh Halfpenny staying fit but a host of new talent such as Hadleigh Parkes and Josh Adams have been brought into the fold in the last year or so.

Having beaten the Wallabies and the Springboks, the teams behind their exit from the last world cup, I am optimistic for next year’s World Cup. This Welsh team looks just as capable as the one that reached the semi-finals in 2011 and with some luck could again reach those heights, or perhaps go even further.