On Sunday the 26th of November, Xpress Radio celebrated the success of their fundraising event.

The student radio station interrupted usual broadcasting to do a 24-hour special to raise funds for new equipment, with each hour consisting of different specialist music. The ‘Specialist Takeover’ started at 12pm on the 25th of November, and managed to raise over £2000.

Xpress Radio has been running since 1996 and in their time, have received multiple awards and nominations at the Student Radio Awards, and have been highly commended by industry professionals. They last received a studio upgrade in 2002, but since then they have been unable to afford to improve the studio. Their Go Fund Me campaign said ‘We have spent several years saving up to invest in a new digital desk but just when we can afford it, another equipment failure occurs, be it a microphone or a compressor, and sets us back several hundreds or thousands of pounds. As it stands, we are at the final financial hurdle and your support is what will keep Xpress Radio broadcasting.’ 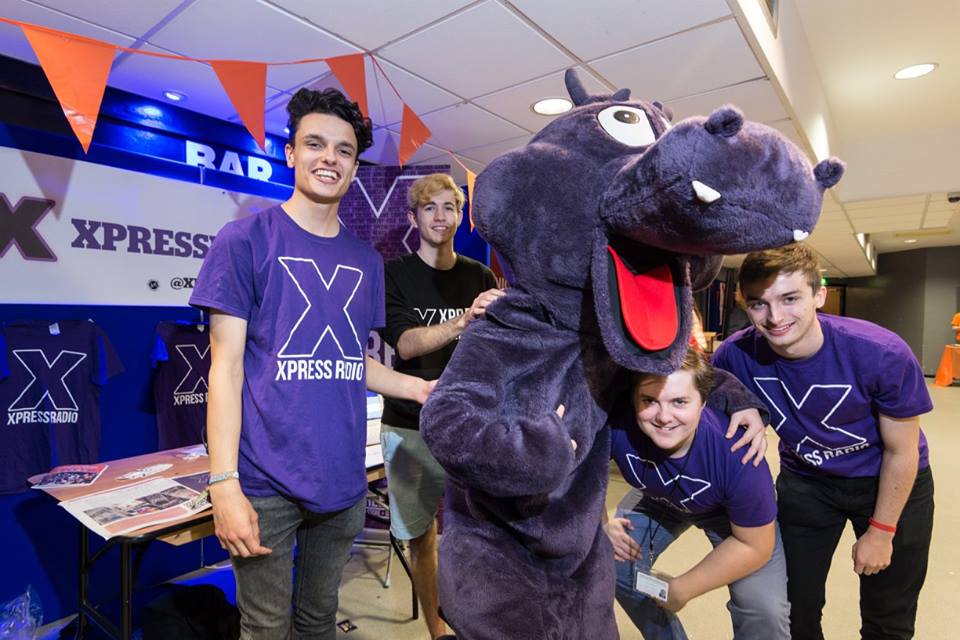 The Specialist Takeover began with popular weekly show ‘Saturday Alternative’ with Freyja Elsy and Munro Page, and was subsequently followed by sessions from the Live Music Society, which can be found on the Xpress YouTube page. Other highlights include the, ‘International Groove’ with Curtis Neesam and Ed Flaherty ‘Nostalgic Rock’ with Michael Ash, ‘The Hardcore Show: Mental Health Special’ with Ned Stone, ‘Dad Hour’ with Sam MacGregor and friends, and ‘Flame in The Studio’ with ‘Lizzle Mizzle’ and ‘Double D’, with music ranging from house to indie rock to country.

The station set different forfeits and rewards for each stretch goal, with station managers and the executive team promising to dye their hair purple when certain goals were reached. They reached their initial target of £1000 ten and a half hours into the broadcast, and reached £1500 once the broadcast had finished. Huw Edwards, who is Cardiff University alumni, and lead newsreader and journalist for the BBC donated £240 to see them to the goal. By the end of the day, they had crowd-funded £2000, with the current total standing at £2175. If the station reach £2500 they have promised to release a Christmas single and accompanying music video.

The now purple-haired Station Managers Emma McGuigan and Charlie Edmunds would like to say ‘We’re really proud of everyone who participated, especially those who were there in the early hours of the morning. We’d like to thank everyone for their support, whether they donated a little or a lot, or even just tuned in, we’re both surprised and humbled with the result and thank the Students Union for letting us put the event on. Long live Xpress!’

To find out more and give your support, go to www.xpress.co.uk, where you can find details for the next fundraiser and the link to donate.