An Interview with King Cerulean by Annabelle Martin

The 8-piece band is ‘pretty chunky’ in the words of Alistair, lead Guitarist. I had the pleasure of interviewing five of the guys from the band King Cerulean on Monday Evening.

During an Interview with King Cerulean, it was interesting to hear how Rhythm Guitarist Tom started the band around 4 years ago. Tom and his friend were in a pub a few years ago and the words “let’s start a band” were said. But they decided to follow through and got their first gig. Now Tom was a funk guitarist, and his friend was more into the rock style. So, a mix of the two was formed. However, over the years the band has transformed from two guys in a pub, to an eight-piece FUNK SENSATION. What started as almost a joke is now a professional band gigging all over Cardiff. 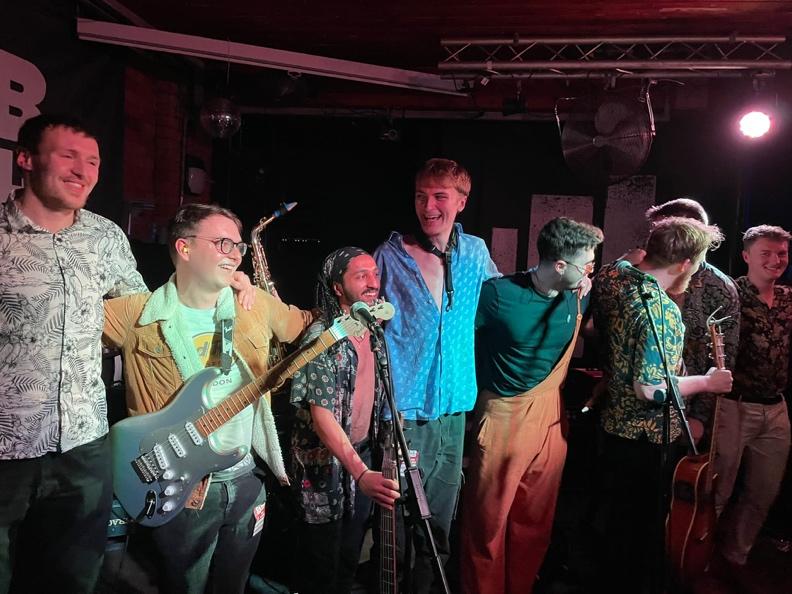 The bands plan for the future in terms of everyone graduating etc, Tom was confident to respond that the band will stay as most of them are keen to remain in Cardiff and carry on exploring how far the band will go, and it is on the rise, not seeming to be slowed down by anything!

On Sunday 12th at 7pm they will be performing their biggest event yet. Do they seem confident? Yes! Are they prepared for mistakes? Always! Are they the most wholesome group of people who are extremely passionate and whose performance goal is for the audience to have a good time? Absolutely! This is an end of university send off, to celebrate exams are over and in the best way, ‘with a li’l funk’.

This is the first time they would have performed in the student’s union, and their goal is to make it the biggest and craziest gig. Their last gig was in the Welsh club with 250 people, and this has a capacity of 1000! Even though they would not share what they have planned for the event as it is a big surprise, I did manage to squeeze out some of their funniest moments on stage.

The funniest moment to happen on stage yet, according to lead guitarist, Fin, was at the Beer & Ale festival, in the SU, around three years ago. The band were all paid in beer tokens, and bass guitarist, Tam, decided that pre-drinking before the event was the way to go, and he ended up on stage completely intoxicated. He lay on the floor and let his muscle memory do the work for him (pictured below). This iconic photo not only shows how incredible a night it was, but also the pure talent which every member of this band has, to quite literally be able to play lying down. Even security asked if he was alright, but he was vibing. 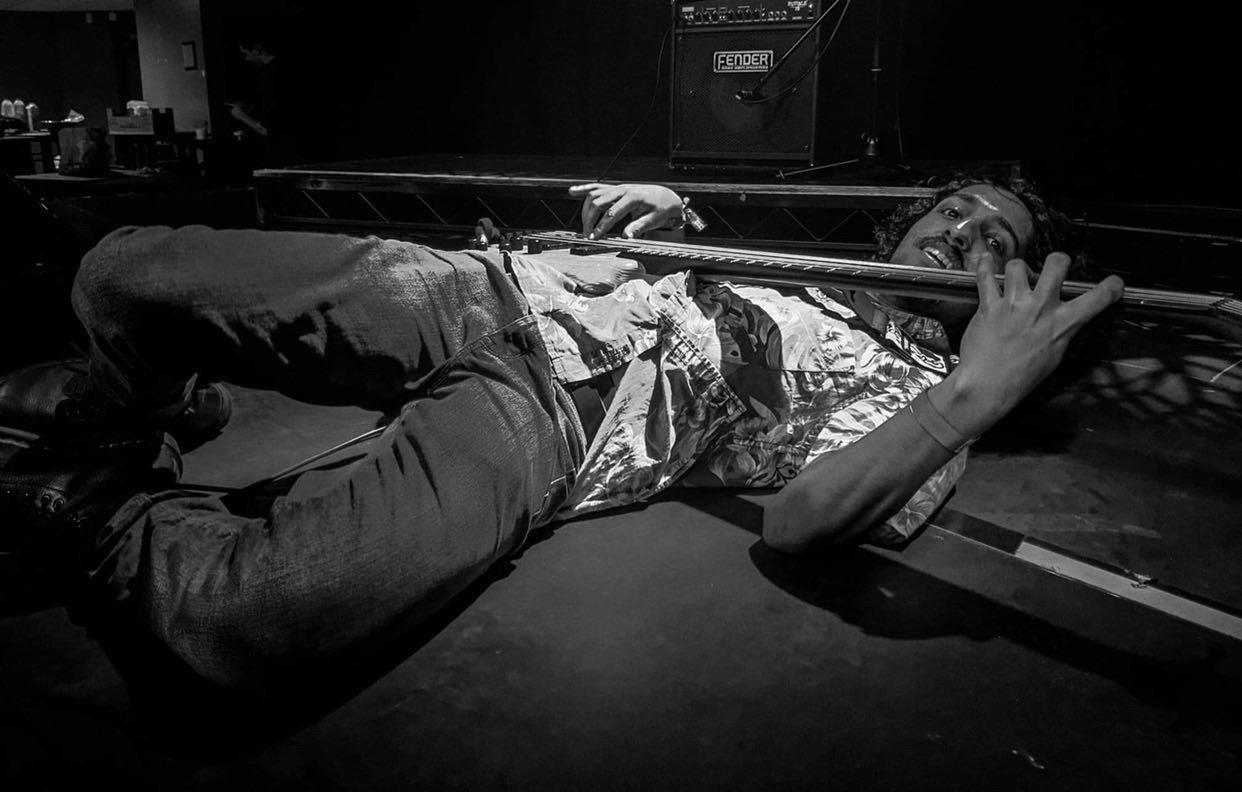 The band had many crazy and funny stories including when, saxophonist, Timmy, halfway through a solo decided to crowd surf, but still managed to pull off his solo.

I asked the group ‘does anything ever go wrong?’, to which every single one of them burst out laughing, admitting that pretty much every single show, something does not go to plan. One Tom mentioned was when he accidentally pulled out the lead guitarist’s wire from the guitar, but because everyone else carried on, the crowd would never have known. Another story was when lead singer, Adam, got sick at the last minute and had to pull out, so the band filled in for him. But as Tom addressed “we are not singers, it was rough, but it happened and it was fine”. They were very literal with the moto the ‘show must go on’. 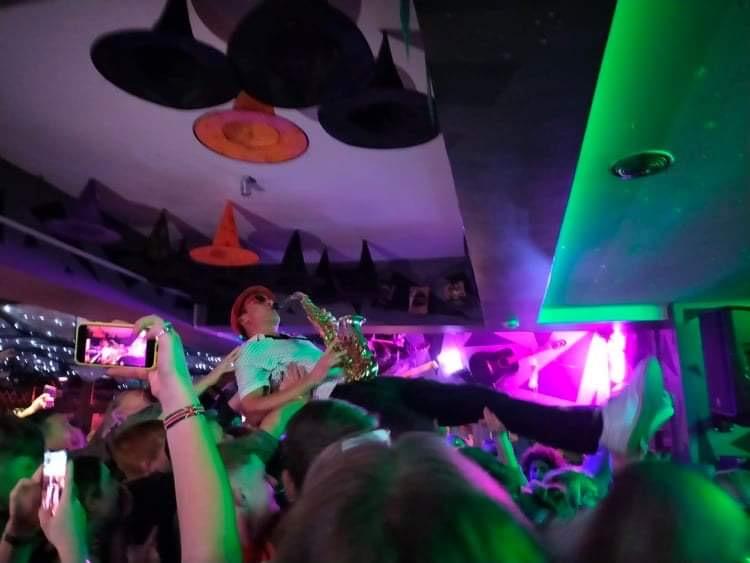 And of course, this gig is not just for the boozier lot, pianist Fin wanted to add. This gig is for all, even those who do not drink and it will still be an event you do not want to miss out on. They will be doing a mix of well-known funk songs, such as ‘Play that Funky Music White Boy’ and ‘Superstition’, as well as some of their own songs from their EP, including ‘Olivia’ (my personal favourite) and a couple of new ones!

Make sure to look out for their funky Hawaiian shirts and the lead singer, Adam’s, iconic orange dungarees. I asked the band about their outfits and Tom replied, “I said we should wear Hawaiian shirts as the whole point is to have fun and a good time, and then Adam turned up to rehearsals with bright orange dungarees, asking if they would do, and everyone agreed they were a vibe” “He stands out in the best way possible and looks sick at every gig”. But it is fascinating that in some bands the singer may be considered to be ‘the main part or character’ but in fact with this band, every single member stands out in their unique ways, not one person, but all of them equally. You hear everyone, not just singing, sometimes the singing supports the trumpet and vice versa.

Tickets are going quick, link to buy them here.