Ratatouille (2007) is one of the best-known Pixar films. Its success is huge, as it won Best Animated Feature at the 80th Academy Awards, currently ranks 43rd on Metacritic’s list for ‘100 Best Films of All Time’ (1 spot above Parasite!), and possesses a score of 96% on Rotten Tomatoes. In fact, pet retailer Pets at Home reported an increase in rat sales of 50% following the film’s release in Britain. Such a masterpiece truly holds a special place in many  of our hearts.

The film’s message is that “anyone can cook”, a mantra by the fictitious chef in the film Gusteau, with Remy being the very embodiment of this. Despite being an oft-despised little rodent, he is an immensely capable chef with an understanding of flavours most food critics could only dream of.

This is all drawn into perspective in perhaps the most iconic scene of the film, when the harsh and imposing food critic Anton Ego, who can bring a restaurant to its knees with one scathing review, tells the waiter that “I want whatever he dares to serve me!”. 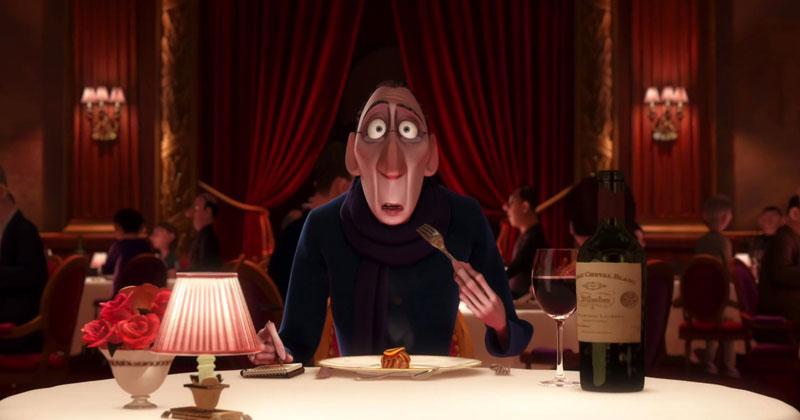 Remy decides to make Ego ‘Confit Byaldi’ a Turkish inspired variation of ratatouille by French chef Michel Guerard. The vegetables are steamed in an oven for several hours and then roasted to caramelise.

Upon tasting this rendition of ratatouille, Ego is transported back in a nostalgia trip to his childhood, to when his mother made him ratatouille. He then proceeds to finish the dish with gusto. Upon learning the chef is actually a rat, Ego eventually goes through a transformation of character – becoming a much jollier person, who now seems more at peace with himself and others (and wears a beret!).

Traditional ratatouille is a stew which originates from Nice, France. It began as a peasant dish cooked by poor farmers, and the typical vegetables used are courgettes, aubergines, tomatoes, garlic, onion, and bell peppers (with green herbs thrown in). A cheap but delicious dish. Confit Byaldi is a lot fancier and more complex, hence its depiction in Ratatouille. Here is a video showing you how to make it as accurately as possible.

However, if you want something that’s simpler, here’s a traditional recipe from BBC Goodfood

If you want a more authentic, traditional French ratatouille recipe, there is another recipe here!

If you’ve seen the iconic Christmas film Elf, then you’ll know that Buddy the elf has been raised well. He’s well aware that elves need the four main food groups in their diets: candy, candy canes, candy corn, and syrup. Whilst still getting used to New York (and a normal American diet), Buddy whips up a ‘delicious’ concoction of spaghetti with tomato sauce, topping with a variety of sweet treats including maple syrup, marshmallows, M&Ms, and a chocolate fudge Pop Tart to garnish. With a similar expression to a child waking up on Christmas morning, Buddy tucks into the spaghetti with the only suitable receptacle: his hands.

I’ve always been fascinated to try this dish since I first watched Elf, and this was the perfect excuse to justify to my family what on earth I was whipping up. I was secretly hoping it was actually going to be quite tasty, but unfortunately, I was wrong- it was pretty disgusting. But I do have to admit, for some weird reason I cannot explain, I did go back for another bite.

If you fancy putting yourself through the same pain I did, then here’s how to make it:

Matilda is one of the films from my childhood that I constantly revisit and enjoy kicking back  to on a lazy Sunday afternoon when I can’t be bothered to do anything else. There is no doubt that Bruce Bogtrotter’s chocolate cake scene is one of the most iconic food scenes of all time as he single handedly devours the largest chocolate cake ever with his bare hands. Sat in the dingiest looking assembly hall with his face and hands covered in cake, I doubt I could ever be so repulsed, yet so impressed by an eating feat. The scene is equally heart-warming as we witness all the children come together to cheer him on, proving that nothing creates camaraderie like chocolate cake. This is a recipe that I have successfully used to recreate this iconic cake!!

The Endless Amounts of Food in Ghibli’s Spirited Away

Studio Ghibli has produced some of the best animated films of all time. From Howl’s Moving Castle to Kiki’s Delivery Service, each movie has remained memorable for its stunning animation and its endearing storytelling. However, another element of Studio Ghibli that remains stuck in my mind are the scenes involving food, which look so delicious they leave me drooling!

Spirited Away takes food inspiration from Japanand Portugal, with confectionaries such as anpanand konpeito littered throughout the film. However, food is also at the centre of the story, as one of the most memorable moments in the film is where the employees at the bathhouse make a huge buffet to please No-Face, a wealthy spirit. The vast amount of food within the scene includes a lot of traditional Japanese recipes, including sushi, ishi yaki-imo and nishime, and the sheer quantity of food will leave your stomach rumbling.

Chicken katsu also appears in this scene, which is fried chicken usually paired with curry sauce. Why not try your hand at recreating this delicious dish with the recipe below? 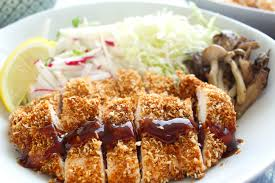 A pinch of salt and pepper

1 cup of oil for frying

Alternatives To Mainstream Streaming Platforms
‘Eat Out to Help Out’: Too Good to be True?